I've finished off another miniature from the old Dark World boardgame in the form of a Mummy! 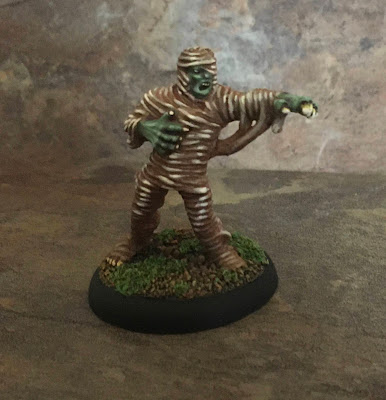 I've actually had him painted for about ten or so years but the paintjob was so atrocious that I dumped him in a box and abandoned him. A combination of poor detail and silly pose really put me off but I discovered him during my latest attempt to clear my leadpile and decided to have a second bash at fixing him up. 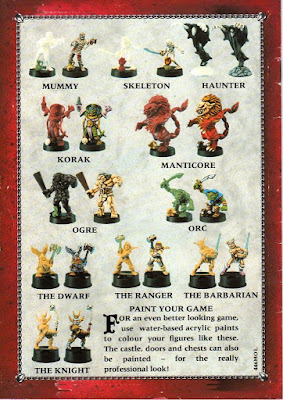 His original pose made him look like he was serenading someone rather than looking menacing so I removed his reaching hand and turned it by about 90 degrees to make him look like he was reaching towards an unwitting victim.
I didn't bother stripping the paint off him as I just wanted to get him finished and out of the way but with a re-prime with grey paint and lots of washes over the new basecoat, he looks alright.
I had a bit of a hum and hah about how to base him, initially considering giving him a desert base but eventually decided to just go for my usual sand and green to fit in with the rest of my collection. It may not be the most exciting finish but it's the easiest to use on several different types of board without looking terrible.
In other news, I've printed off a copy of Planet 28 and will be working through a couple of test games over the next day or two before playing out a proper battle report at the weekend once I have all the rules sorted properly.
In the meantime, All the best!
Posted by SpacecowSmith at 14:42