I've finished some more random figures that I've had lying around for some time now! 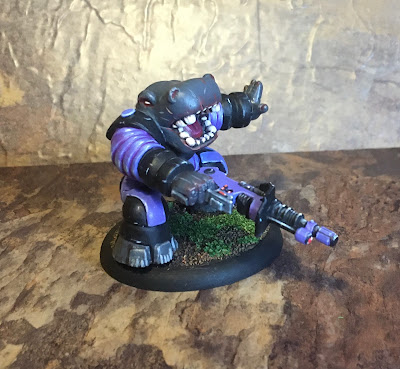 Nobody is sure what planet or indeed species Hippomaximus IX is from, some believe that he's a heavily gene engineered Ogryn others that somewhere out on the frontier there is an entire planet inhabited by Hippo people. Whatever the truth, he's recently been hired as muscle by Inquisitor Fisher and with a combination of brutish strength and a heavy bolter, he's going to bring some carnage to the battlefield in the near future! 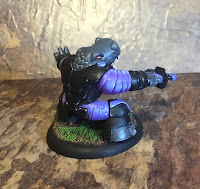 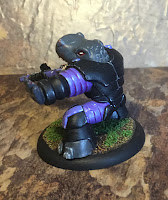 He's originally another of the Gormiti toys with an Em4 Space Ranger heavy weapon and I'm really pleased with how he turned out! The purple and black colour scheme was a happy accident and it worked out rather nicely. He's a bit cartoony and daft but was great fun to paint. 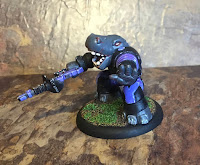 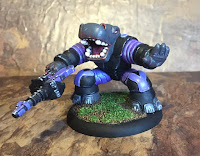 Game wise, I suspect he'll be used as an Ogryn bodyguard for my Inquisitor and I'm planning on using him in my game this weekend and hopefully his shootiness combined with bulk should help with bringing inquisitorial justice to the Greenskins!
Next up, here's a martial arts master: 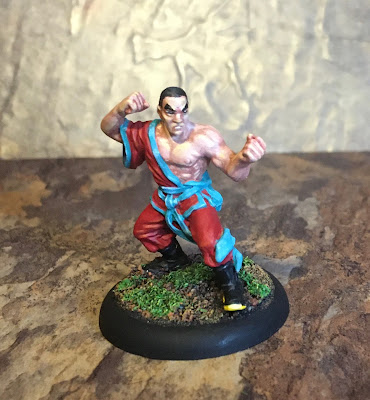 This chap is from the old plastic D&D range and the prepainted figure looked rubbish and I was pleasantly surprised by how well he turned out and he is going to be used for both sci-fi and fantasy, be it a generic martial arts type or a battle esper. 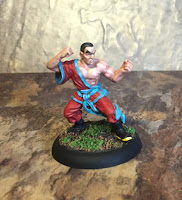 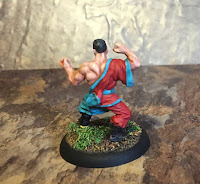 I've got a few more bits and bobs on my painting table to get done for the weekend so I'll have a good selection for the upcoming game and I've also got some 15mm gubbins that will be getting painted to add to my fledgling Empire army. 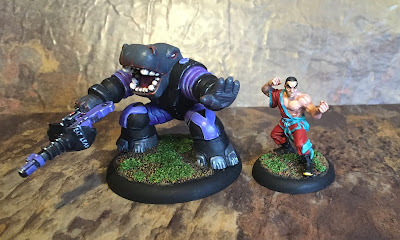 We shall have to see what other random odds and ends I can find but it's bene a really pleasing process to clear through so much of my unpainted lead and plastic, some of which I've had for over two decades now!

Posted by SpacecowSmith at 14:46