I'm having a bit of a clearout and am looking to sell one or two bits and bobs! 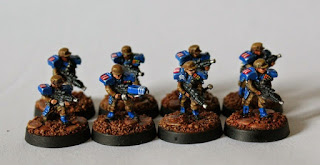 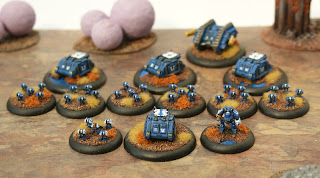 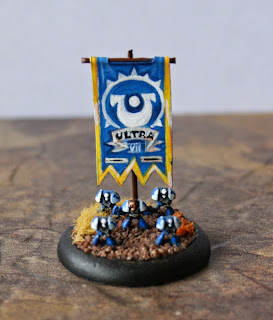 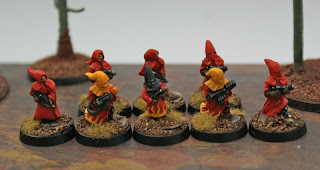 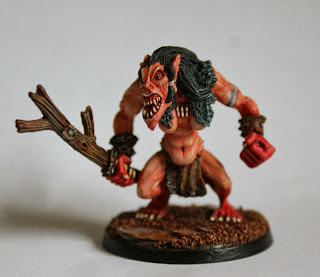 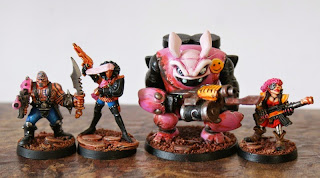 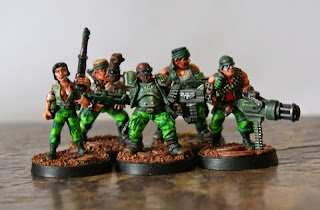 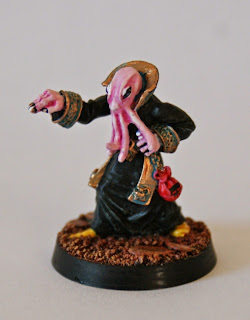 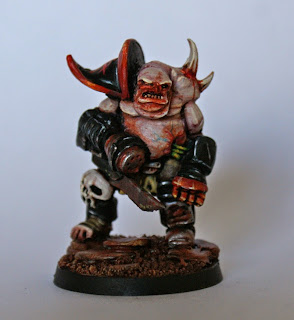 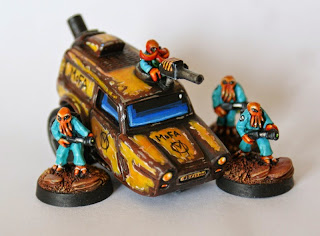 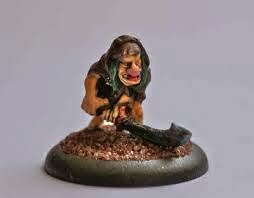 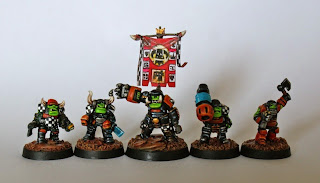 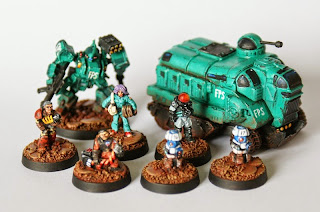 Farpoint Salvage £20
Please feel free to get in touch with me for more info and I will include postage to the UK in the price. If you want quotes for further afield, give us a shout!
All the best!
Posted by SpacecowSmith at 18:23 2 comments:

I'm about to head off to work after my first weekend off in what seems like ages but managed to grab a shot of a newly completed mech for my Battletech project! 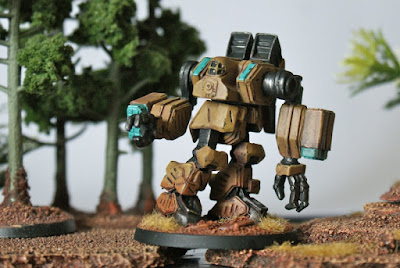 Capellan Confederation Koshi
As with my Davion forces, I went for a fairly generic colour scheme that I think turned out quite nicely and handily the mech is still articulated which is a nice extra. I know that the Koshi is a Clan mech but in my reimagined Battletech universe, it's not going to matter, especially as I have a second awaiting the Liao colours.
I am trying to keep this project to a very tight budget so am using whatever miniatures I have and don't care too much about historical accuracy. Speaking of which, I still haven't settled on scale for the project but will see what I can bodge together using what I have and suspect I will be using 10mm to represent platoon level games and 15mm for smaller squad sized skirmishes. That way I will decrease my unpainted miniatures pile and allow myself to play larger games without needing a vast table!
In other news, my Davion force is continuing to get work done on its bases to represent a somewhat more lush jungle world to match their camo. The results are looking quite promising apart from having dropped the green Blackhawk and broken him into three pieces again! Fortunately repairs have been carried out and he's almost as good as new with a bit of putty to reinforce the feeble joints (which were pinned but still break!)
Hopefully pictures will follow but it's so gloomy this morning that the camera just wouldn't play ball and I only managed to get one shot of the Koshi that didn't blur.
Controversially, I've made the decision to remove the Oldhammer badge from my blog and give the place a bit of a refresh too as I felt that I couldn't really claim to be a supporter of Oldhammer anymore as I've not posted anything even remotely GWish for ages.
Hopefully I will get some more bits and bobs added over the next few days but in the meantime, All the best!
Posted by SpacecowSmith at 07:38 No comments:

A Return to Farpoint

Well I've taken a month or so off posting anything up here and find myself drawn back to perusing some of my old blog posts with their mixture of partially successful projects and those that stalled and failed rather quickly and was struck by one that had real potential.

Back in 2013, not long before moving jobs and house, I began work on a 10/15mm scale Battletech project and got as far as painting up some clicky Mechwarrior stuff and stockpiling several more. Sadly at this point, as with so many projects, the dreaded real life intruded and I got offered a new job in a new town so everything got boxed up and forgotten about.

Skip forward to 2014 and I found the figures and even managed to get part of a squad of Davion infantry painted up before losing interest by a new ooh shiney moment and once again the project was shelved.

While sorting through my collection the other week, I found the Mechs sitting at the back of a shelf looking a bit sorry for themselves and decided to give them a bit of a spruce up. They were rather broken following transport from Edinburgh to Dundee and needed a little touching up and I reworked the bases a bit too and quite like how they look: 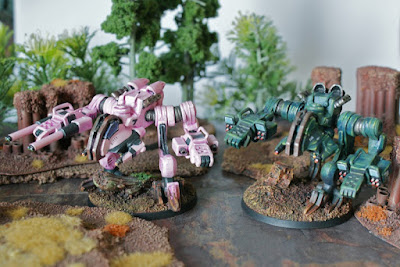 Davion Mechs on patrol
I liked what I saw so much, I rummaged out my old Battletech books and had a peruse and was once again struck by how great the setting is and how awful the game itself is. I think I will be working through one or two more bits and bobs that I have lying around. At present I am not sure if I am going to go for a 10mm or 15mm scale infantry with them as I have a fair few of each.

Hopefully I will get one or two more gubbins finished over the remainder of the weekend!

All the best!
Posted by SpacecowSmith at 21:47 No comments: