I can't believe I've not updated my blog in ages but work has a wonderful way of getting in the way of the important business of hobby time.

I've tried to post a few different times but have found myself getting stuck but I've decided that I really need to get back into the swing of things and get some hobbying done.

With that in mind, over the last month or so I've been pondering on all manner of mini projects that I'd like to try to get myself going again but feel that the time just isn't right, especially as my car has just gone back into the garage with a worryingly leaky fuel tank so grander, more expensive projects are going to fall by the wayside for the time being.

Saying that, I have found myself looking with interest at pootling around with some 2mm stuff for a bit of a Jacobite Rising micro project. 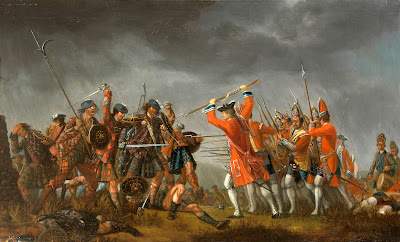 I'm pondering playing around with some of the 2mm scale figures I got from Irregular a while back and seeing what I can come up with as it's a fascinating period of history and I'm contemplating adding some fantastical elements too moving the action to Lost Albion, a realm not dissimilar to our own but with magic and whatnot. 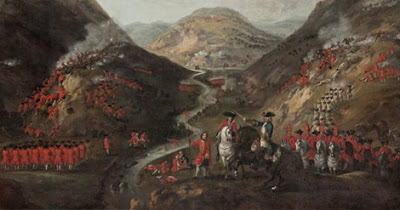 With 2mm being the current option open to me if I'm wanting a super cheap and quick project, I hope to really go to town with the basing which really helps bring the teeny figures to life and it may end up getting expanded a bit when the Fae turn up or the French or whatever other gubbins I fancy throwing into the mix!

The plan is to paint up the odds and ends I have which will represent the forces of the British crown and possibly some of the less rowdy Lowland Jacobite units and then place a teeny order with Irregular for the wilder Highlanders. I do plan on sculpting some eagles and the odd Lacepunk airship too to liven things up as well and with a bit of scenery, I think I can get an interesting game going, especially as I've already had quite a bit of fun with my Land Ironclads stuff...

I will need to first find where I've cunningly stashed my 2mm troops and then try out some basing options for them and see how things go but it may be the first of several micro projects for Lost Albion as if things go well, I've hopes for some Ancient, Medieval and Renaissance inspired stuff too!

In the meantime, All the best and apologies for the silence with blogging of late!

Posted by SpacecowSmith at 19:36 5 comments: