Just  a quick update to confirm I am still here! Its been a really busy few weeks at Rancho Ricardo as I prepare for an exhibition in Bristol which is going to require me to drive down tomorrow morning to drop stuff off and attend the private view on Friday followed by a mad dash to get back up here before starting work at my new job on Monday!

I don't know what effect my job will have on my hobby time at present but its a much needed boost to the morale and it involves working in a bookshop once again!

Theres other things on the horizon too, which if they develop as I hope will mean a move of house and regular working hours which is something I really want to have as the last few years have been somewhat chaotic and involved living in 4 different cities at different ends of the country and serious strains put on my hobby budget and space. If said opportunity develops it will mean job security and somewhere to put down roots for a while which I really look forward to so fingers crossed!

Hobby wise, I am slowly putting together some Necromunda terrain but don't want to show it until I have a decent amount finished in the next couple of weeks. I am also working on clearing my last commissions so will hopefully have time to get on with some personal projects too before November.

I've also been sorting through my 15mm scale collection and am saddened to see that quite a few infantry figures are in need of a little TLC as they have been chipped so there will probably be a bit of a repair day on the horizon too.

I took the opportunity to take some pics of my Stainless Steel Rat villains, Count Cassitor of Rdunrundt! 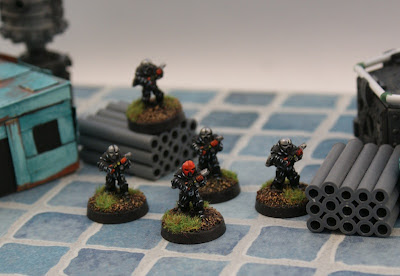 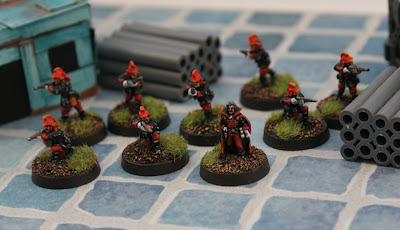 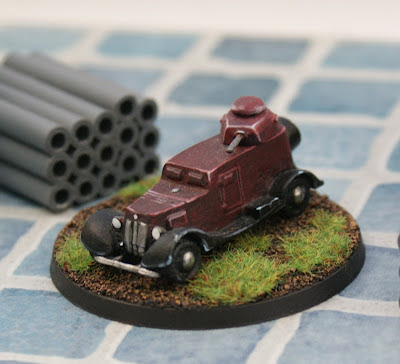 The Counts Personal Armoured Car
I really like the little fellows and need to expand the force to a full platoon at some point including some heavy weapons and some more illicit weapons tech and possibly a cavalry squad in true Flash Gordon style. Most figures are Peter Pig while the vehicle is QRF. The infantry are WW1 French Dragoons but the helmets make for a perfect low tech villain force!

Heres a couple more vehicles I have bodged together over the years: 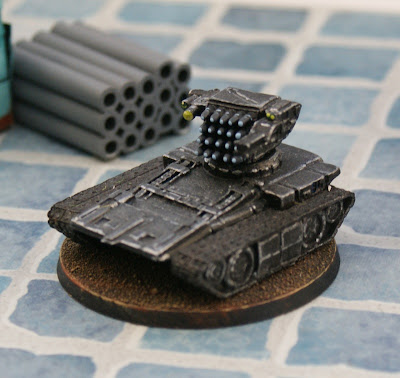 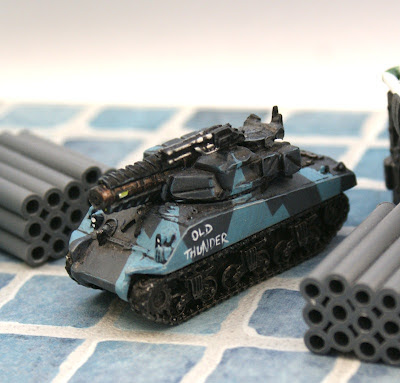 Old Thunder, Farpoints Premier Armoured Vehicle
Old Thunder is the Farpoint Militias only heavily armoured vehicle and is so unreliable it tends to be used as a bunker more than an attack vehicle but its heavy plasma cannon can still kick quite a punch (even if it drains the vehicles fuel cells to do so!)

All the best!
Posted by SpacecowSmith at 09:18 3 comments:

Just a quick heads up for a really interesting concept for a game currently on KICKSTARTER called Endless Fantasy Tactics. 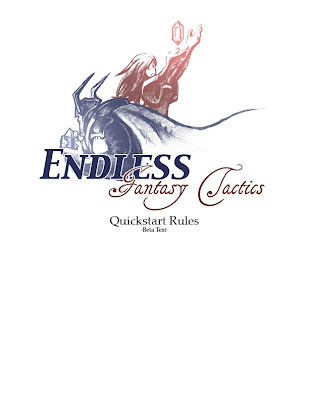 Produced by On the Lamb Games its premise is to allow players to relive the classic 90s era RPG type of game on the tabletop. I must admit the premise is interesting and I have taken a peek at the quickstart rules and it is most intriguing so I will be interested to see how the game develops.

Heres a couple of preview concepts of the type of models one can expect to see: 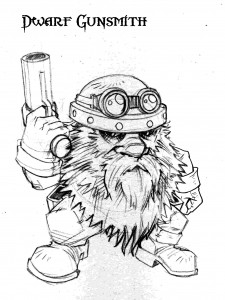 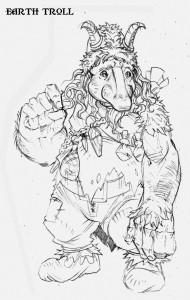 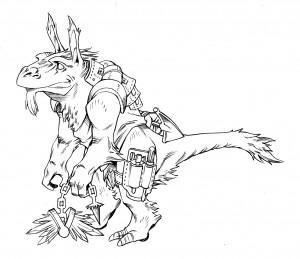 Beastman, a race designed by committee!
I will be interested to see how the game develops but its got some really interesting concepts, with the only thing putting me off being the scale of 40mm for average figures. I may have a bash at sculpting some cartoony 15/18mm scale versions for my own enjoyment though!
All the best!
Posted by SpacecowSmith at 17:59 No comments:

While I was taking some pics of some of my sculpts I quickly threw together some quick concept shots for an idea which has been rattling around in my head for a while. Pocket Necromunda: 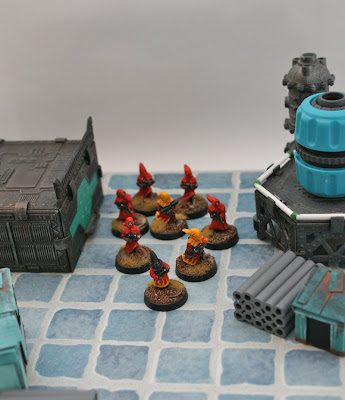 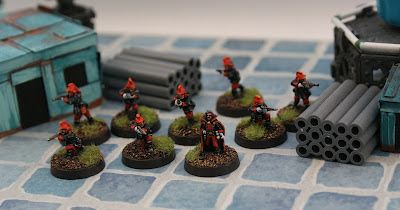 House Militia
Essentially the idea is to try out Necromunda or one of its offshoots such as Inquisimunda or In the Emperors Name in a different scale. I have a fair number of figures to choose from and quite a bit of plastic platformer scenery, not to mention lots of cardboard and other bits of detritus which would come in handy.

I do think that most figures I use will need to be heavily converted or sculpted individually as at present theres lots of military types and rifle wielding figures on the market but not too many with pistols, swords and other implements of violence so beloved in the classic game.

I would be interested to hear what other folks think and if they have tried anything similar themselves as I think it could be quite a bit of fun!

I also found these little fellows amongst my Stainless Steel Rat collection: 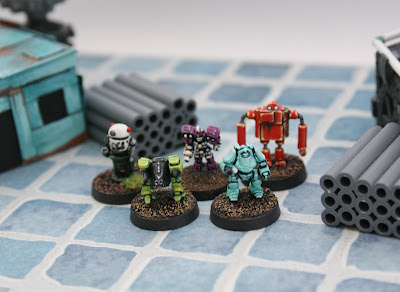 Robots!
They are a bit of a mix of 6mm scale Epic stuff, 10mm Mechwarrior, Laserburn 15mm and even a scratch build too but they make decent robots in 15mm scale and could make even better objectives or NPCs in any game!

Following on from my Laserburn kick of last week I have also finished basing some crazed Redemptionist cultist types. 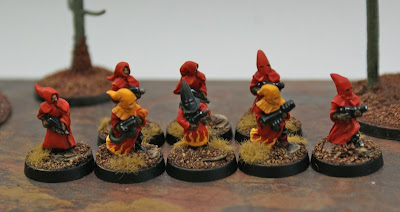 Red Redemptionists!
They are the 15mm.co.uk fanatic figures but the sculpting on them is pretty dire so I reworked them as best as I could by adding more interesting pointy hoods and beefed up some of their guns.

To make matters worse they are on the larger end of the 15mm scale and have VERY thick bases so I incorporated some rock formations for the crazies to stand on so they dont look quite so bad. 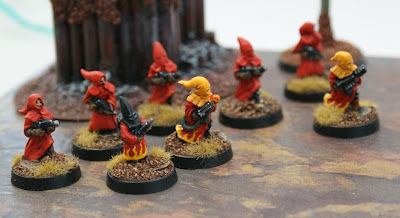 Fanatics with firepower!
I've always had a soft spot for the Redemptionists in Necromunda and took the opportunity to add some flames and checked leggings on them to liven things up a bit. I gave the two heavies a yellow hood to identify them more easily and their leader gets a fetching black one. He's actually a mercenary but I wanted a different sculpt and used him instead with just a head removal and pointy hat he looks ok!

Wile going through my miniatures collection I also rummaged these fellows out of a drawer:

6mm Scale Goblins!
I had originally painted them back in my Leviathan days as a possible way of playing the game on the cheap and in a limited space, sort of a travel Leviathan but never completed the project. I have several more bases of the little fellows kicking around and may yet expand them a little with one or two warbeasts to liven things up but we shall have to see!

Oddly enough, the sculpting quality, especially on faces is excellent and the Irregular Armies website really doesn't do the range justice as they have some lovely sculpts and I would recommend folks take another look at the range!

All the best!
Posted by SpacecowSmith at 10:51 No comments: