Well I went to watch the Hobbit on Thursday and absolutely loved it and thought it was the best film I've seen in quite some time. 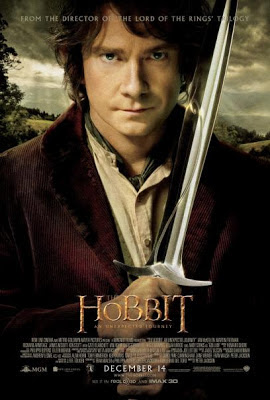 Arthur Dent goes on an Adventure...
Now this got me rather excited about the miniatures game produced by Games Workshop, especially as previous sets were around £30 which would have made a nice Christmas present for myself. How surprised was I when I took a peek at GWs website to find the Hobbit box set an astounding £75! 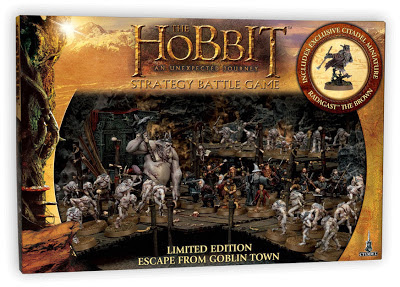 Miniatures Produced From Solid Gold...
I know its the big film of the year and therefore the must have toy for little Jimmy but at such an outstandingly stupidly high price, I find myself unable to spend such vast sums of cash! Its a real shame as I would love to play the game but at that money I just cant do it!
Its going to be interesting to see how the game goes for after Christmas once little Jimmy decides he doesnt like it...
It seems that its not just the starter set which is astronomically priced either as the Grey Council costs a stupid £45!
I'm not one to usually bemoan companies pricing but I cant help but fume at it on this occasion, especially as it seems to have sneaked into their Lord of the Rings range too with the Dwarf Warriors for example seeming to have lost a few quantity but for the same price as before.
A plus to all this wailing and gnashing of teeth is that its re-awakened my interest in fantasy gaming and I am hoping to do something with the inspiration soon!
All the best!
Posted by SpacecowSmith at 20:49 No comments:

Ponderings on the New Year...

Well its been an eventful year and sadly I've still not managed to keep to my plan of playing 52 games over the course of it!

Its getting to the point of the year when miniature companies have sales and thus far two especially have caught my eye, Brigade Models and Astro Miniatures!

BRIGADE always have a very tempting sale and as I now have a full time job I actually have a little disposable income and am sorely tempted to pick up some Aeronef goodness! 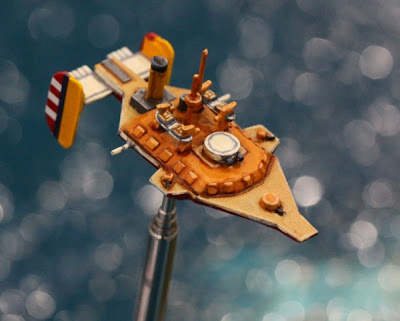 Brigade Nef
I've been pondering trying out Aeronef for quite some time now but every time they have a sale, I've been skint! I have a few ideas kicking around for some themed mini campaigns which could be fun. To top it off I still want to pick up some more 6mm and 15mm bits and bobs to round out various projects!
ASTRO MINIATURES does some nice pseudo Star Trek figures in 15mm scale and I must admit its tempting to pick up some so I can play some classic Trek skirmishes between the Federation and Klingons to name but a few! 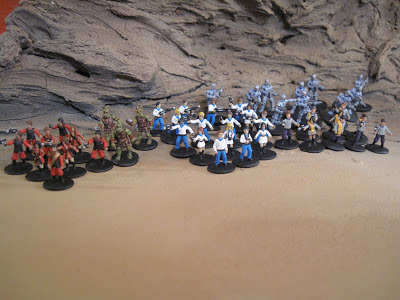 Astroverse Set!
For $30 one cant go too far wrong and I may have to pick some up and they make excellent stand ins for Stainless Steel Rat games too!
Other than that I have to admit I have enjoyed working on the cars for my Forgotten Highways, post apocalyptic project but work always intrudes to stop me getting more done! 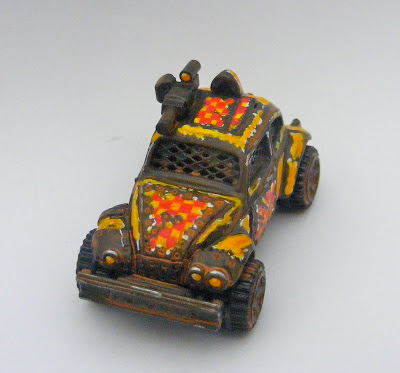 Post Apocalyptic Fun!
Finally theres my Rusty Robot project, which I've been beavering away with for quite some time now and am hoping to get a Kickstarter type of project up and running in the new year! 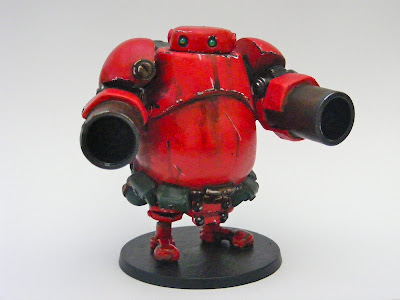 Red Tribe Robot
The plan is to get the Red Tribe sculpted and ready to cast and then get the Kickstarter going to see if anyone would be interested in picking up some robotic minions to game with and go from there. I've spent quite a lot of time and effort on the project between developing concept art and sculpting so hopefully it will all turn out in the end!

Heres a small preview of the work so far: 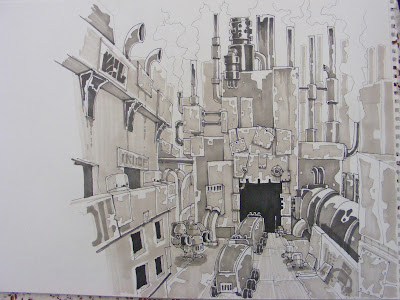 Red Tribe Forge
All the best!
Posted by SpacecowSmith at 17:58 No comments: