While I've been spending a lot of my spare time sorting out the flat, I've managed to paint up a few civilian types to inhabit the frontier towns of Farpoint! 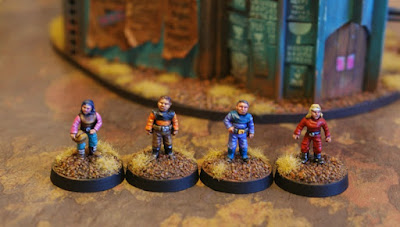 I picked up a pack of Ground Zero Games civilians a few months ago in their sale and have finally managed to getting around to painting the first half of the pack. They're nice little sculpts, even though their heads are a little on the large side.

Ironically it seems to have given them real character, as I really like them, especially the orange and black clad fellow who has now been dubbed Gunter!

Here's my current civilian selection, being a mixture of GZG and Alternative Armies. I've converted a fair few of the AA ones though as their proportions were a bit iffy. I really need to paint the rest of the little chaps and chapesses so I have a decent selection of terrified or clueless NPC's to get in the way during shootouts! 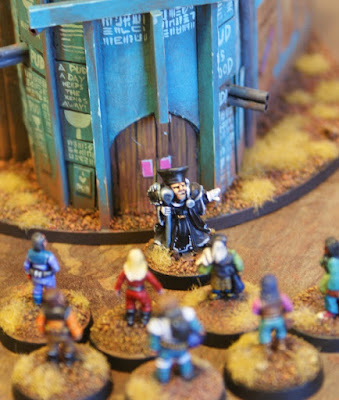 I'm also wondering if the same civilian sculpts can be converted to zombies with the application of a few small bullet holes, missing limbs and lots of blood!

Sadly I'm having to head out to work soon but hope to get chance to paint some more gubbins in the not too distant future!

In the meantime, All the best!
Posted by SpacecowSmith at 08:43 6 comments:

Email ThisBlogThis!Share to TwitterShare to FacebookShare to Pinterest
Labels: 15mm

Over the last couple of years I've picked up a fair number of the Osprey Wargames series and have been swithering about the possibility of putting together some small warbands based on them.

First off, there's Dragon Rampant and Frostgrave, possibly the two best known of their games. 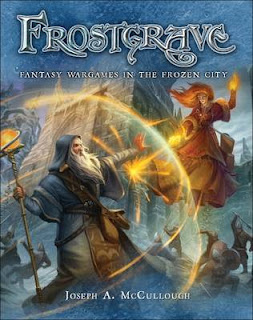 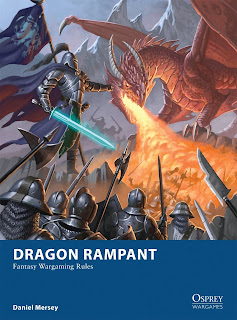 Both games have a strong following online and seem like rather a lot of fun but neither have quite clicked with me and I'm not quite sure why.

Next up there's Of Gods and Mortals, written by the creator of Song of Blades and Heroes and Kobolds & Cobblestones: 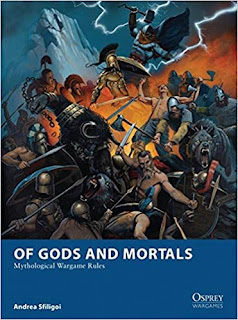 Both of these games look rather good but I've not really delved into them, possibly in the case of the Song of Blades driven Of Gods and Mortals I am worried it will involve a lot of pushing backwards and forwards rather than any decisive combat ala Song of Blades and with Kobolds & Cobblestones, I suspect I'd need to sculpt my own stuff to do the fantasy gang theme real justice.

I've also got Burrows and Badgers! 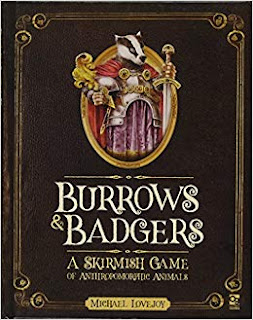 It's a beautiful looking game with nice figures and illustrated by Gary Chalk but yet I still haven't been tempted to pick up any figures (which are absolutely fantastic looking!) and start building a warband.

I've also got Rogue Stars, a game that was hugely anticipated but vanished without trace upon release (and I can see why!). Lastly, there's Horizon Wars, another very well received game that pits giant robots against each other in skirmishes which allows you to also use more conventional forces: 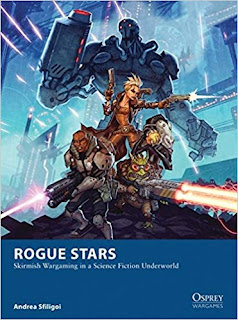 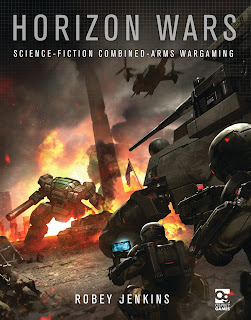 I could probably play a game of this fairly easily using my Epic collection but thus far the most I've done is peruse the rulebook and it's just not clicking with me.

Maybe it's because so many of the rulesets are generic or maybe I'm being too picky but it almost feels that they are all missing that certain something that makes a game great. Saying that, the games are all very simple and straightforward rules wise (other than Rogue Stars which is just a bit dull) so I'd love to hear from folks who have played and enjoyed any of these games and hear your opinion on them!

In the meantime, I am having to trudge off to work so All the Best for now!
Posted by SpacecowSmith at 08:14 7 comments:

English Civil War With A Twist

It's been really busy with work of late with a last minute book festival to deal with but I've been putting a little bit of thought into a 15mm fantasy project and have found myself thinking of doing a bit of a twist on the English Civil War. 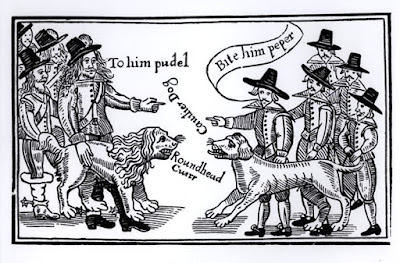 I've been looking at Peter Pig's most excellent range of English Civil War miniatures and am thinking of using either The Pikeman's Lament by Osprey publishing (with a little tweaking with Dragon Rampant) or Baroque by Dadi & Piombo which both look interesting and can be played with smaller numbers of figures than a grand scale sort of game.

I'm in the early stages yet, but I shall post some updates when I can but quite like the idea of trying out a new period of history (even if it won't be historically accurate!) and will post an update once I've settled on what exactly I am going to do!

Hopefully I'll get chance to sketch out some ideas in the next week or so but in the meantime, I think I am going to crack out some books and get reading as the Civil War period is fascinating!

Email ThisBlogThis!Share to TwitterShare to FacebookShare to Pinterest
Labels: ECW

It's been a while since I updated the blog but with lots of Real Life goings on, I've not really had much chance to do anything hobby related for ages.

My return to 15mm sci-fi gaming has really reinvigorated my hobby interest and I've rather enjoyed putting together lots of random terrain and painting some small chaps to fight over it but it has got me to wondering about doing something similar for the fantasy side of things... 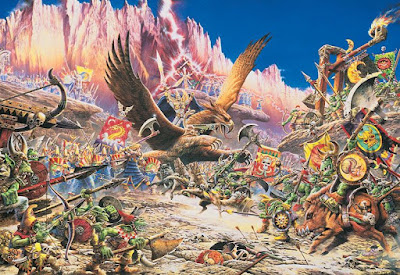 Now I've tried 15mm fantasy before with my Slann warband and Dwarf Troops that I put together a couple of years ago but sadly both got sold off when I moved house as I had lost interest in the projects.

I've been thinking of putting together some smallish forces with vague hopes of playing some fantasy gubbins, be it an edition of Warhammer or Dragon Rampant but have been putting off any decision as I am just not sure what exact scale to go for. 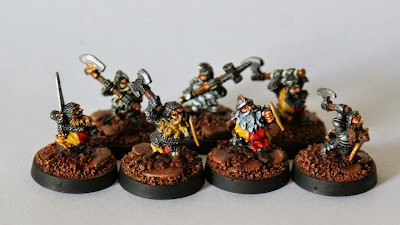 While 15mm is a fantastic scale to work with, I have seen some amazing stuff done in 10mm, 6mm and even 2mm scale that has me wondering if I can scratch the fantasy itch in a more micro scale sort of way on a similarly micro budget.

I must admit that I am rather conflicted by what to do as on the one hand, I'd love to collect a force in classic 28mm scale but know that is just not going to happen. The next option of 15mm is sorely tempting as figures cost an average of 40p each and have enough detail to be characterful without taking an age to paint and still have enough personality to make for an interesting painting project.

10mm seems to be getting a lot of fantasy gamers interest too with Minihammer being quite popular: 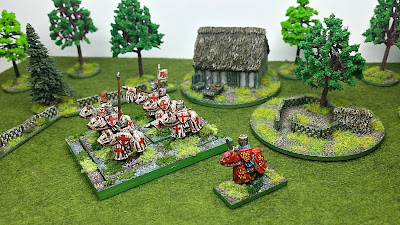 There's a lot to be said for putting together a decent sized force and being able to play a couple of thousand points of Warhammer on a 2'x3' surface and I've seen some cracking armies too but outwith human armies, the available ranges are a bit spotty.

Moving down to 6mm, I actually have a decent Horned Folk force put together for my take on Leviathan: 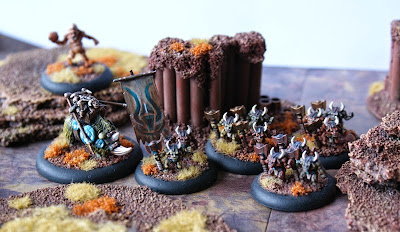 Sadly there's not too much choice in the UK for 6mm fantasy at the moment. Irregular produces a large range but I must admit that I have struggled with painting them and the Microworld range, while lovely is a US import that makes it rather too expensive for the purposes of what I am going for.

The final scale I have been looking at is the teeny tiny 2mm: 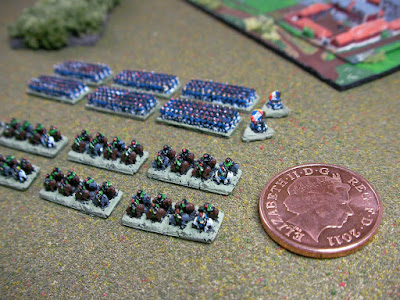 At this tiny scale, individual figures are pretty indistinct but one can get the impression of huge armies duking it. At this scale, as with 6mm, things are going to be more suited to the likes of Warmaster than Warhammer but it might be an interesting project to attempt if I'm feeling a bit mental.

It's all a bit perplexing and I seem to be rather stuck on just what to try, if anything as the urge to try is becoming ever more difficult to resist!

Maybe I just need to experiment a bit as I do have some 15mm, 10mm and 6mm fantasy gubbins kicking about my bits box at the moment so I think I will just need to sit down and try painting a few test figures and see how things go...

In the meantime, I hope to get some more sci-fi goodies added in the next couple of days so watch this space!

All the best!
Posted by SpacecowSmith at 09:11 7 comments: