Hi!
Another quick update!
I am down to the last week of university and the degree show that accompanies it so service should be resumed as normal after that!
A thousand apologies to the folks I am doing commissions for as I simply haven't had time to work on anything for the last few weeks. Hopefully I will be able to get back to the serious business of sculpting once I'm done!
On a related note, I have posted my showreel of my university work over on my other blog HERE so if you fancy a peek, please feel free!
As already mentioned, I will be cracking on with all sorts of wargaming goodness a soon as possible so hang in there!
All the best!
Richard
Posted by SpacecowSmith at 22:53 No comments:

Hi!
Just a really quick message to say that I wont be posting anything for another week or so as I am getting to the end of semester hand ins for university and wont have time to do anything at all wargaming wise until the end of the month!
After that I will be adding a wealth of stuff covering all sorts of Aeroth related stuff, ranging from sculpts to painted miniatures and background both here and over at the Aeroth at War blog too!
In the meantime I have a lot of work to get on with!
All the best!
Posted by SpacecowSmith at 14:08 No comments:

Heres the rules for the Pictish Warbison. I had originally planned on using them as a more mercenary group of Barbarians but with the addition of the Fallen clan at Morda, it seems suitable that these could be members of that cursed group. 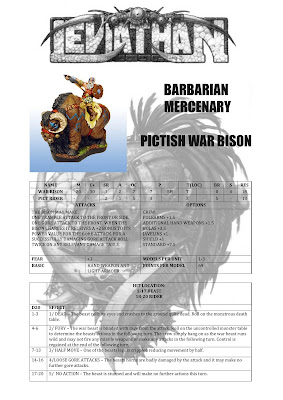 Pictish Warbison
I have rough stats for a whole load of other units, warbeasts and warengines and will add them at some point soonish!

All the best!
Posted by SpacecowSmith at 23:19 No comments:

I've been rummaging my files and have found some stats for some of the mk2 Dwarven Wargolems: 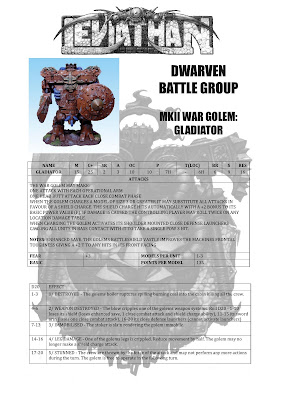 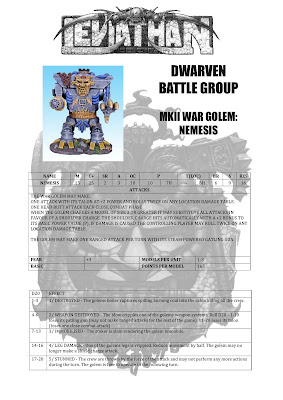 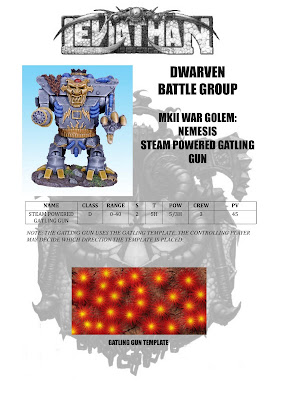 Nemesis Mk2 Wargolem Plus Gatling Gun Stats
I have one or two others that will be getting added soon so keep your eyes peeled!
All the best!
Posted by SpacecowSmith at 22:23 No comments:

Hi!
Well I am still busy with all sorts of uni work but am planning on writing an in depth review of Leviathan and Levyathan, the upcoming 10mm game by Urban Mammoth.
I will try to cover them in as much depth as possible and if anyone has any specific questions needing answered please feel free to post any suggestions they may have here and I will see what I can do!
All the best!
Posted by SpacecowSmith at 06:23 No comments:

Alas I've had no time to get on with any sculpting or painting due to it being the run up to my final hand ins for university! I did manage to take some pictures of my 6mm goblin horde for Leviathan! 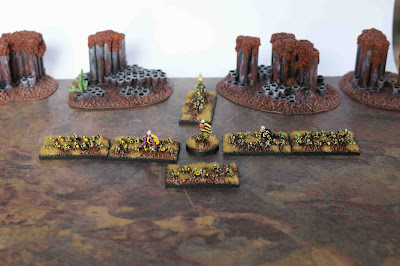 Close Up of the Infantry
I now have 750 points of Goblins for Leviathan but they are somewhat feeble in combat and will need some warbeasts and cavalry to beef them up a bit. I am using the chariot seen in the background as a Lesser Goblin Wartower at present but its the only unit capable of doing damage to hard class armour.
I think the goblins will be getting some new units to allow them to be a viable force in the game. This will probably come in the form of chariots, one or two warbeasts and some trolls. I will be having a go at sculpting the lot once I am done with uni work!
Each base currently represents 5 figures and will allow me to try out the game on a fairly large scale. I made up a force of Elves at 750 points and found that it consists of only four stands so it will make for an interesting game as the two forces rely on very different tactics. The Elves will need to weaken the Goblins with long range fire before their numerical superiority overwhelms them.
I just want to say that the Irregular Miniatures are really fantastic as the Lesser Goblins I am using are really nice sculpts with lots of character, no mean feat for figures standing under 5mm tall! Don't be put off by the pictures on their site or your initial response to seeing them in the flesh so to speak. Once they have some paint on them they really come to life!
All the best!
Posted by SpacecowSmith at 15:21 No comments:

Hi!
Heres a couple of images I found of Empire Chronopia, the sadly never released mass battle game for Chronopia. You can really see how it was inspired by Leviathan! 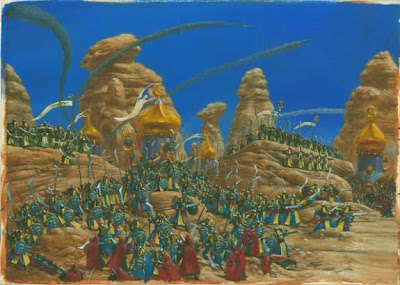 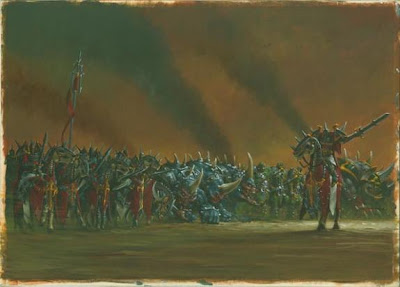 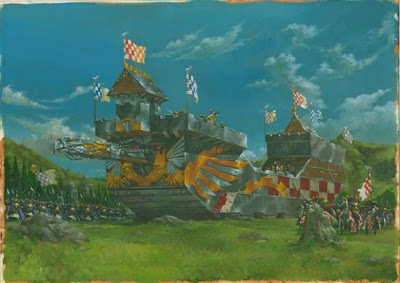 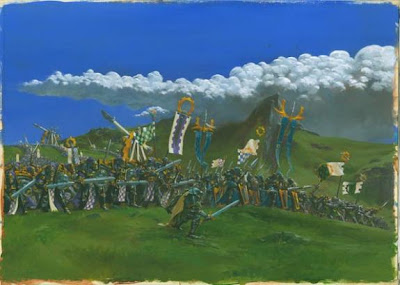 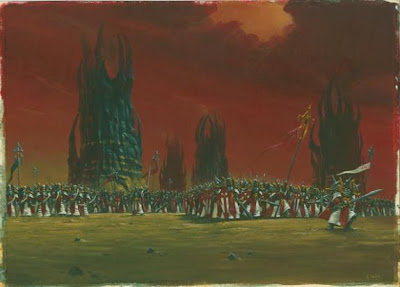 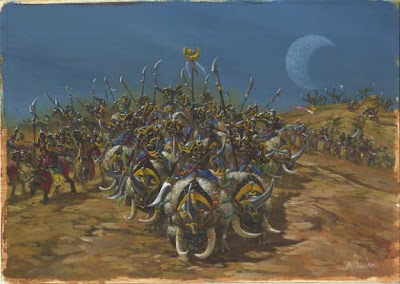 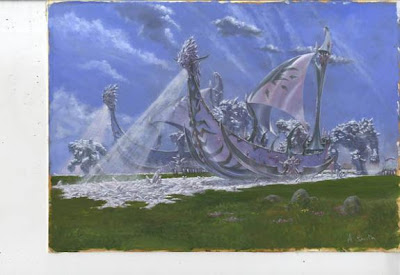 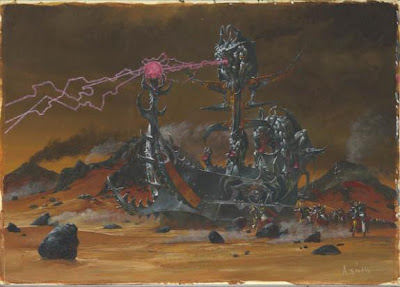 Devout Warengine
I am planning on taking more inspiration from Chronopia in future and dare I say it, sculpt myself a few forces!
All the best!
Posted by SpacecowSmith at 08:55 No comments:

Heres a quick picture of the Boar Companies mascot: 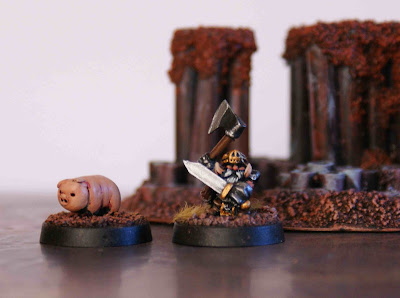 Pig and Battlerager!
Sculpted by my girlfriend the porcine one makes a somewhat whimsical addition to my Boar Company and will be very useful as an objective in an upcoming game!

Check out some of Amy's other work at STEAM POWERED FISH as theres some fantastic stuff to be seen!

All the best!
Posted by SpacecowSmith at 08:45 No comments: