I recently spotted a cheap stack of Necromunda books on Ebay and managed to snag them for a really good price and when they arrived I found myself struck by just how inspiring the old GW stuff used to be! 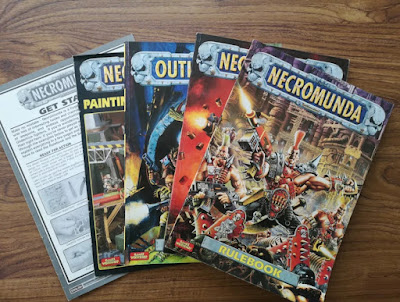 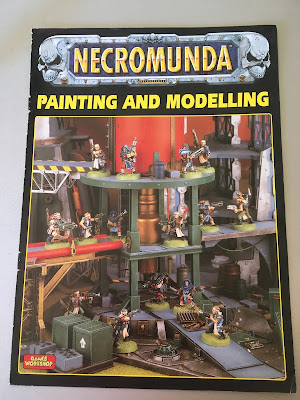 It's literally an eight page booklet but it's full of awesome stuff that I can't help but feel GW is now missing. You get a simple guide to painting figures up to a decent but not unachievable standard. It also gives you a few examples of conversions: 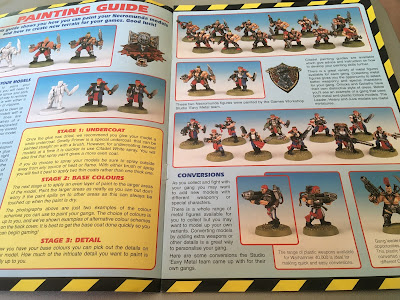 I've got a few of the old Necromunda Goliath and Orlock plastics and for their time, they were pretty good, even if the Goliaths had arms like gorillas and I really miss the simplicity of plastic figures. You can paint up a force relatively quickly and easily but the new super detailed stuff seems to me to be just too much. I don't need a lowly grunt to have as much detail as the mightiest of heroes!
There's also a section on the brilliant cardboard terrain and how to make it a bit sturdier: 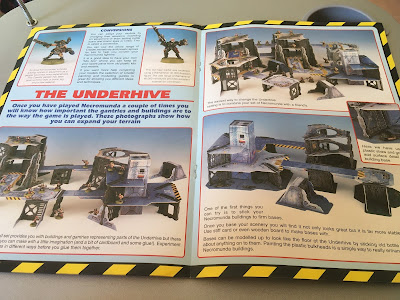 I love the old cardboard terrain GW made back in the day. It allowed you to have a great table to fight over without spending an absolute fortune. Yes it may be not super realistic but I'd use it today in a heartbeat if I had it as it really gives the claustrophobic feel of Necromunda's underhive simply and easily.
Finally, it even includes a bit on how to make some simple terrain of your own! Remember when GW actively encouraged you to have a bash at making terrain from household materials resulting in most of us having a box of assorted tat to delve into when we want to make stuff? 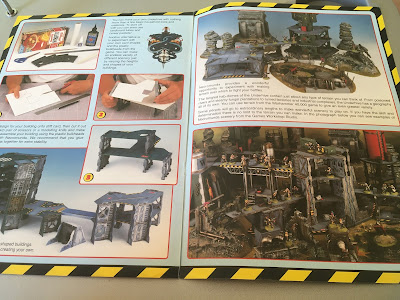 It's simple and easy but fun to make and I'm hoping to have a bash at making it myself! Gone are the days when GW encouraged such creativity and inspiration as now its all about super expensive plastic scenery kits resulting in so many boards beginning to look the same.
Remember the old pics from White Dwarf with utterly amazing handmade terrain like this: 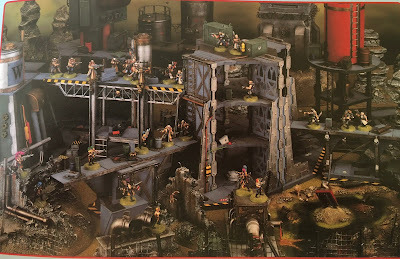 I personally find this sort of thing more inspiring than looking at the new stuff. It's got so many small details that draw the eye and while it's stunningly made and painted, I do think I could aspire to making something similar with a bit of work! 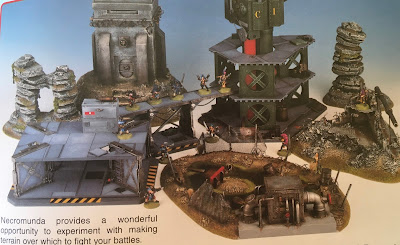 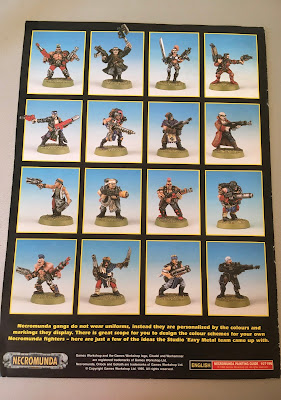 If you can find it, it's a really inspiring little pamphlet that one can find all manner of inspiration for their hobbying and I plan to use it as the basis for some industrial terrain for my Inquisitorial agents and possibly the odd gang or two to fight over.
I've got a load of supplies stashed in my bits box and a fair amount of small odds and ends already done but need a load more to really give the cluttered and ramshackle battlefield of the far future and plan on spending the month of May in a bit of a terrain making bash.
I've also been keeping my eye out on possible bits and found this at Lidl: 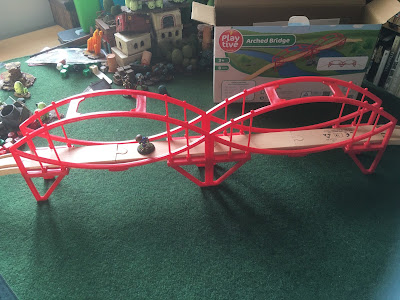 With a bit of work, it will be getting turned into a raised gantry and cost me £5.99 and I'm looking forward to getting to work on it!
Hopefully I'll have some more posts in the coming days with a load of terrain as well as some more indepth dives into the Necromunda books but until then, All the best!
Posted by SpacecowSmith at 06:37