I've recently been perusing the interwebs in search of some handy additions to my 28mm collection and found some of the old Warzone Mishima Suicide Warheads for under £1 each on Ebay and managed to win the auction.

Sadly there were only three rather than the original blister pack of four but I was really pleased to pick up a bargain and got to work painting the first of them! 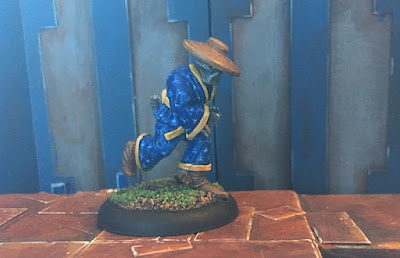 As per the background, Mishima is one of the five great megacorporations of the Mutant Chronicles setting with a decidedly feudal Japanese aesthetic. One of their troop types was the Suicide Warhead, a primitive AI that appeared like a traditional peasant but was nimble and packed with explosives. On the battlefield they would charge towards their target before exploding spectacularly. 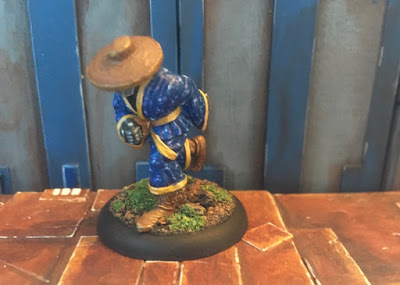 I really enjoyed working with the sculpt as the details were bold, chunky and expressive, or at least as expressive as a robot bomb cosplaying as a Japanese feudal peasant can be!
I'm not sure if I'll use him and his companions as they were originally described in Warzone but may have them as robotic assassins, couriers or even lowly servants that scurry around doing their masters bidding but am really pleased to have some Warzone figures to work on and will be adding the other two over the next few days. 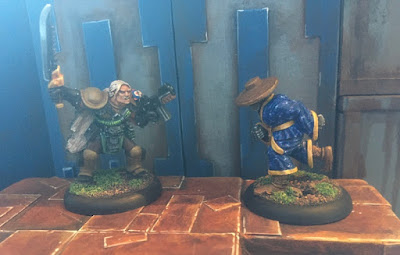 I've also got the next addition to my Boar Company finished but will show him tomorrow along with the rest of his companions as well as some of the other sculpts I've been working on over the last week or so but until then, All the best!

Posted by SpacecowSmith at 13:37