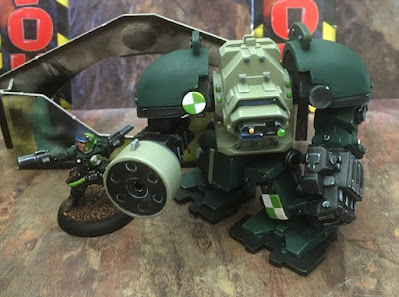 I went for a fairly simple paint scheme with him with different greens and greys and quite like how he turned out and while I could have gone for a more battered and combat worn finish, I rather like the smoother style as its rather in keeping with the comic book art from the box. 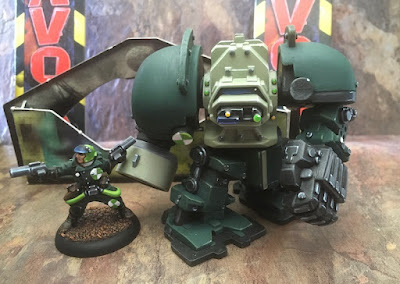 I may go back to him at some point to give hims some extra details such as nameplate, kill tags, numbers or whatnot but he's done for now!
The Hundred Warrior has a lot of fond memories for me as he was a core member of my old 2nd edition Imperial Guard force and I was really pleased to get him back into my collection and painted up to a decent standard.
Here's a picture of the entire force: 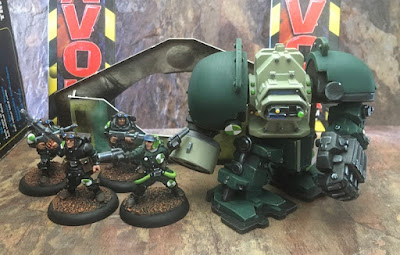 I'm rather pleased to have them all finished and done and have now begun work on the Karn troops but suspect they're going to take a bit longer to get finished as they're pretty detailed and their more dynamic poses have given me some headaches to get them cleaned and painting is a rather slow process so I doubt I'll get the Darkest Suns trio finished tomorrow but we shall see how I get on!
In the meantime, All the best!
Posted by SpacecowSmith at 15:15

Email ThisBlogThis!Share to TwitterShare to FacebookShare to Pinterest
Labels: Havok, Self Isolation Project