Rising Above the Stress and Fare Ye Well Chronopia!

I've worked myself into a bit of a rage over the revamped Chronopia and instead of stewing in it, I have decided to try and rise above it and cast any hopes of getting the beloved game that I hoped for to the abyss of lost causes. 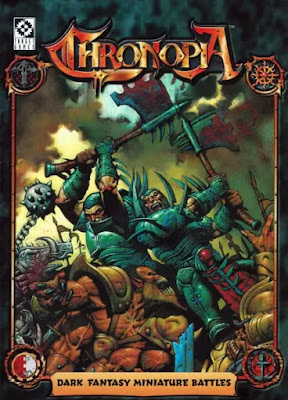 I had really high hopes for Chronopia coming back into production after over 20 years and was super excited at the announcement but the ensuing months and first previews of digital sculpts and then artwork plunged me into disappointment and then neck beard levels of outrage up to the point that my wife (ever the voice of reason!) suggested I let it go as I was getting too emotionally invested in a game that wasn't even out yet. The original was my favourite and still is she says and not liking the new one is ok but it's not worth getting into such a state over.

Instead of raging hopelessly at what is increasingly looking like an incredibly passionate but woefully unprofessional fan project I've decided to step away from any hope of seeing Chronopia getting a revamp and will stick to the original and still best and only version.

I've raised my concerns with the games creators and will not be backing the kickstarter have left the facebook group and will leave it at that...

Having actually posted this has been an actual weight off my shoulders as I was becoming obsessed to a point that only a nerd can get obsessed to and on the plus side, Warzone Eternal is looking like it's going to be ace and I've been putting aside some pennies to back it when it launches so in the meantime, All the best!

Posted by SpacecowSmith at 18:38