Well I've managed to get some pics taken of my latest additions to my assorted projects! 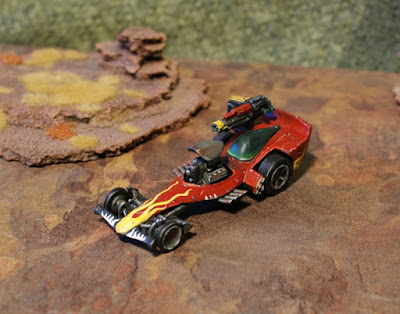 Based on a Hotwheels dragster with a simple repaint and addition of a ridiculously big gun, I'm really chuffed with how it turned out! 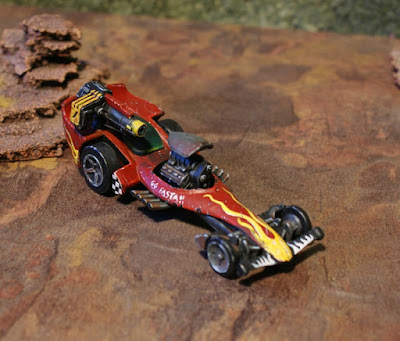 I originally got the idea to add a ridiculously massive hotrod from the old Kustom Speedstas from epic which featured mentally over charged rides with forcefields and random weaponry and really wanted to add an interesting addition to my Orkish forces in 15mm scale. 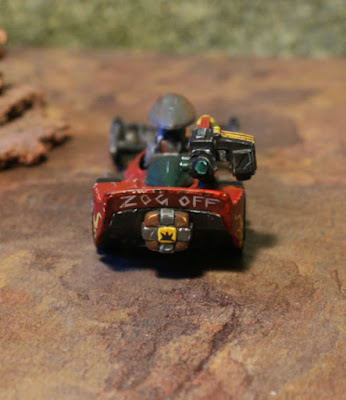 While there's no rules for the Speedsta in 40k, I couldn't resist having a go at putting one together and suspect it's going to get quite a bit of use careening around the table unleashing lots of dakka before exploding impressively! 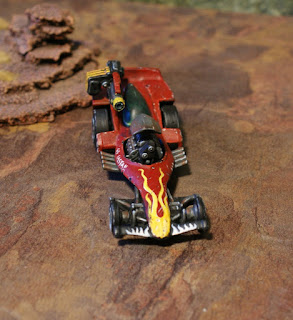 Next up, I've been perusing my Epic collection and realised I was rather short on scenery so painted up a couple of hab blocks: 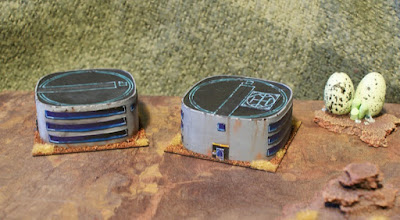 Constructed from lids of coffee jars with some thin cardboard stuck on, I'm rather pleased with how they turned out, especially as they are a little bit reminiscent of the buildings featured in the original Rogue Trader rules! 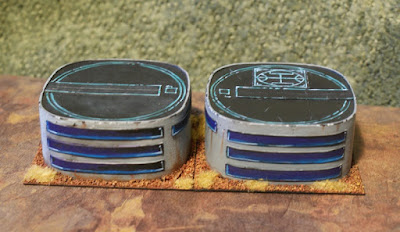 I've got several more in various stages of construction and will add pics of them as I get them finished and am rather chuffed how they turned out. The most difficult part was priming the finished scenery as the plastic lids have a rather shiny finish that was a pain in the bum to get paint to adhere to!

Lastly, here's a quick sneak peek of my Chaos raiders that I've begun painting up for my skirmish forces: 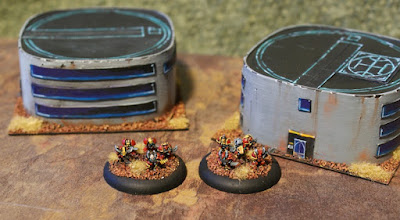 I'm rather enjoying painting up the little chaps and have several more bases getting worked on at the moment as well as reinforcements for my Ultramarines.

I'm not too keen on the whole Grimdark background of Chaos so will be reworking them to better fit my Alternative Imperium setting which is more based on Roman society with a generous dose of world myths added in so prepare for the return of the Fallen Titans!

Posted by SpacecowSmith at 11:43