Well I've been slowly painting some more epic scale gubbins for my Ultramarines as well as bodging some more buildings together and have had some further rambling thoughts on what I want to do with my collection moving forward into the new year.

I've got a decent amount of unpainted goodies still to work through, not to mention a complete starter set of Epic 40k awaiting me in the new year but I seem to be getting lots of ideas for reinforcements for my existing forces as well as entirely new ones. I'm thinking of putting together an Imperial Guard formation too to match my 15mm stuff so I can try playing around with some larger scale encounters in the Farpoint sector. The plan is to slowly paint my way through everything I have in 6mm (which is a surprising amount!) and try to play out a campaign over the course of 2018. 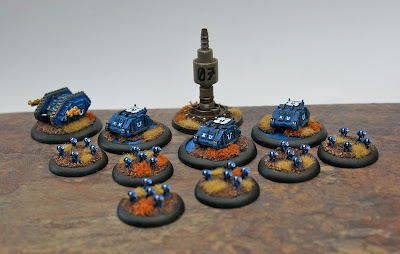 As things stand, I have a decent skirmish force for my Ultramarines and Eldar but need to bulk both out to cover all the options that I want to cover. My Squats are slowly coming together but I really need to add some more heavy vehicles to the mix. I have enough gubbins to build a decent Chaos renegade force as well as a fair chunk of Orks which should cover most eventualities. 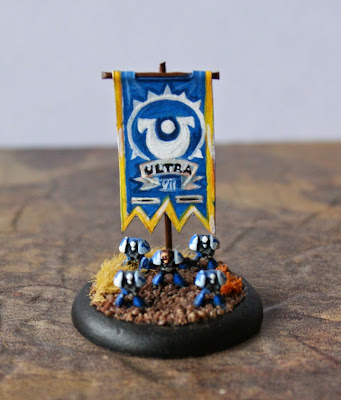 I'm hoping to incorporate several scales to the campaign, be they 15mm scale skirmishes, large scale rumbles in 6mm, dogfights in space and even some fleetscale shenanigans. I have several days off coming up over Christmas and between festive food I'm hoping to start building up my assorted forces and bulk up my scenery collection as well as getting the background put together for the upcoming campaign! I'm rather enjoying the prospect of playing out some game and hope that it will spur me onto painting more and really re-engaging with my hobby too!

Now I doubt my armies will ever total the likes of this classic 2nd edition army but I plan on enjoying myself over the next twelve months! 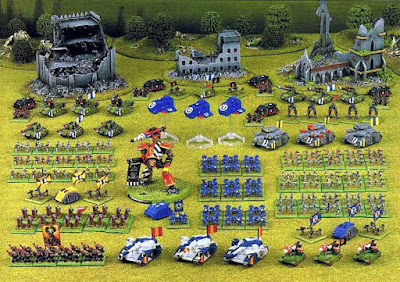 I think that I need to do a bit of a stocktake of the stuff I have and see about trading for the odds and ends that I'm missing and we shall see what I can put together and will post some further gubbins over the next few days including some epic scale Centurions for my Ultramarine legion!

In the meantime, All the best!
Posted by SpacecowSmith at 22:06