Well it's been a couple of weeks and I've got a week of holidays under my belt but have found myself having to self isolate as I may or may not have Covid. Huzzah!

On the plus side, I seem to be obsessing over Dark Age reading materials and have been working my way through my assorted bits and bobs and happened across these two whilst at work (pre Covid lurgy!): 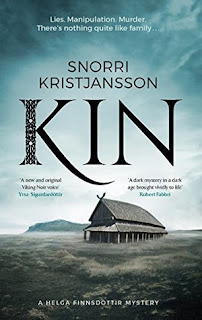 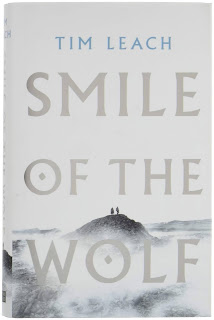 I must admit that I'd picked up Kin on a whim as the cover was cool but once I started reading it I found myself drawn into the amazing world of the Dark Ages where history, myth and magic are all rolled into a really great murder mystery with a fantastic cast of characters and it's well worth a peruse as the writing is top notch!

Smile of the Wolf is a blood soaked retelling of a feud in 10th century Iceland and it's also fantastic stuff and give a more personal account of the period rather than the sweeping battles of Bernard Cornwell's Last Kingdom series.

I've also been steadily painting my way through my Brutal Quest stuff but with a cough that seems to await the very moment that I put paintbrush to miniature to manifest itself so I've had to settle for assembling the Victrix stuff I picked up recently. They're absolutely beautiful sculpts and when compared to the Gripping Beast Saxons and Caesarian Legionaries that I have been working on they're very much like comparing GW plastics from the late 90's and early 00's (Gripping Beast) and modern GW (Victrix) as the level of detail is fantastic and the sculpts themselves are dynamic enough to be interesting without being over the top. 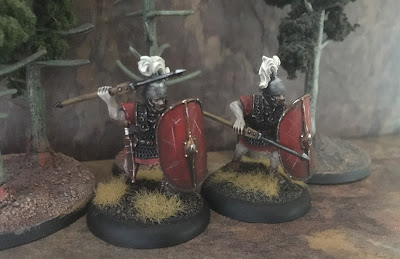 Thus far I have the four test piece Romans completed who will be making an appearance as a lost legion who has spent the last 800 plus years lost in the Fae realms before reappearing in my fantastical version of Britain in approximately 800AD. They've also had a bit of reworking from the photo above and I'm far happier with how they turned out.

I also have the bulk of my Warlord Games Saxon Fyrd done and quite like how they are turning out, especially with their limited palette but I've not managed to get any photo's yet but will attempt to get some tomorrow but I'm also finding myself rather bereft of any suitable Grim Darkage terrain so will need to get some odds and ends put together which will allow me to play a game or two once I have the figures finished!

Once I've got all these elements sorted, I will need to fish out some fantastical elements to add to the mix and have a few bits put aside for the project and will update my blog as I get them done but until then, I'm off to lie down and All the best!

Posted by SpacecowSmith at 18:01