As promised, here's the progress I've made on my small Orky mob: 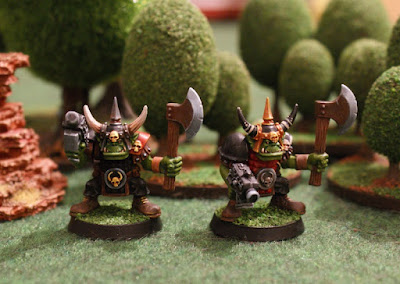 I went for a far more traditional bright colours for these 2nd edition starter set plastics and I have had so much fun painting them I can hardly believe it! I remember painting them back in the day and finding it an utterly thankless task as they are identical and frankly boring but now I'm wallowing in nostalgia for them and have loved painting up the two I have done so far.

So much so in fact, that I have got another four underway as I type! I doubt I'm going to do the same for the Gretchin that I have still got to paint but these guys have been a blast to paint thus far and I'm a little sad I don't have more.

Saying that, I do have a fair few of the original plastic Orks kicking around and a number of the new ones too so we shall see how I get on with painting them... 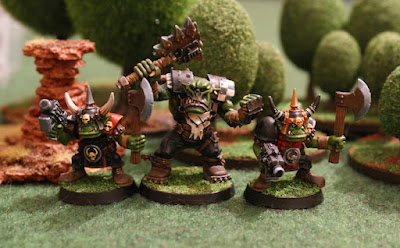 It's not just been 2nd Edition 40k nostalgic waffling today either as I have managed to finally finish the construction of my largest Dwarven Land Ironclad thus far, the mighty Battle Forge: 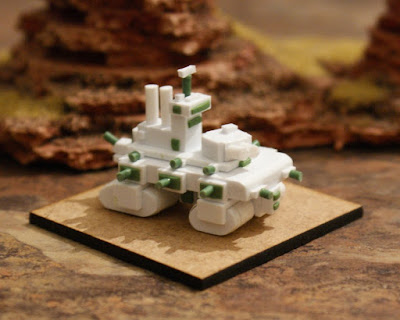 You can never have too many guns!

It's a bit of a beast and I'm glad that I persevered with it but I think in future I'd make the forward set of tracks longer to make it look a bit more massive. I may also have gone a wee bit over the top with it's weapons as it sports a heavy turret and a fearsome broadside, not to mention a rear facing AA gun and a pair of fixed forward cannon too...

Still, I look forward to painting the beast and will post my progress with it and the rest of my Dwarf Landfleet over the coming week or so.

In the meantime, All the best!
Posted by SpacecowSmith at 14:11