Well its getting towards the silly season at work and to make matters worse, I've been struck down with man flu over the last few days which has made doing pretty much anything done all but impossible!

I have managed to get some pics taken of my Dwarves for the Tale of Several Gamers challenge but will wait till tomorrow to post them up but have been slowly working through a few more bits and bobs from my lead pile and thought I'd take a few quick shots of some of my warbands that I have been developing for a while.

In my revised Imperium, technology hasn't stagnated like it has in the current GW fluff so I have plenty of scope to keep developing forces that are somewhat more high tech and interesting. 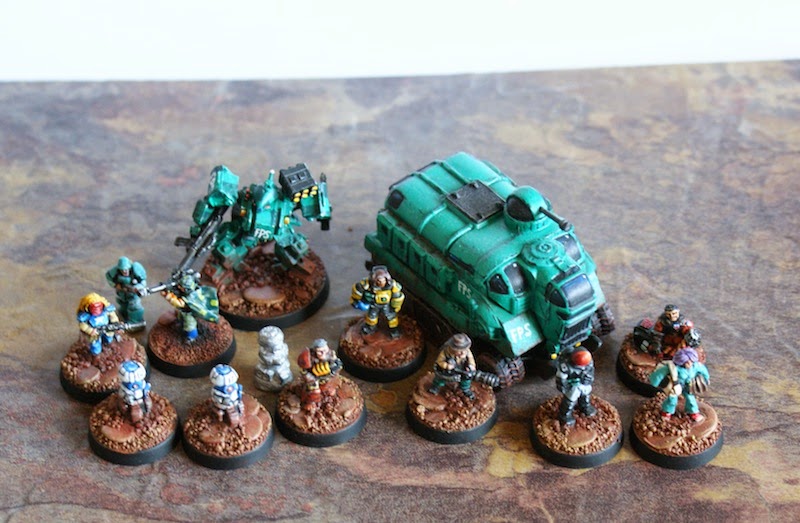 Farpoint Salvage
As things stand, my most complete force is my freelance salvage team, Farpoint Salvage. With a mixture of techs, gunmen and even a combat cyborg, they are a rather mixed bunch but make for an interesting and eclectic lot.
Formed from a retired squad of Viridian commandoes, Farpoint Salvage excels at recovering lostech from hostile environments and if rumor is to be believed, the occasional unofficial government contract on the QT. I hope to flesh the organisation out a little so I can have a couple more gunmen and some more droids and even a few hostile environment suits!
Next up, there's my Goff warband! 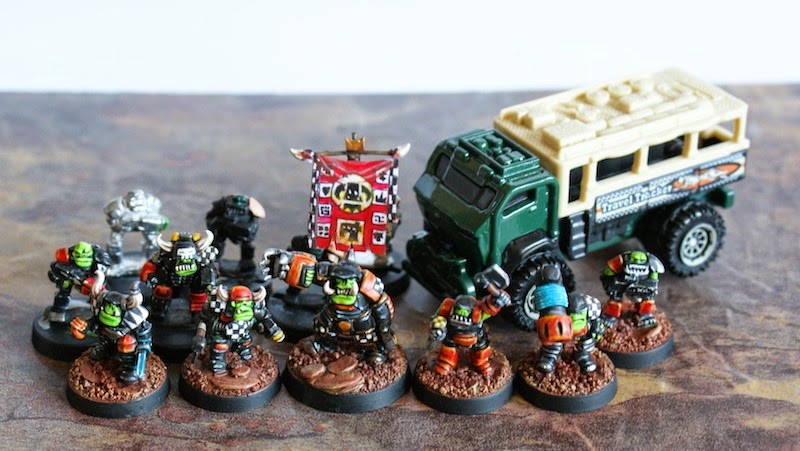 Waaagh!
I now have a dozen or so 15mm scale Orks but need quite a few more to get a decent sized warband put together (I plan on using the force generator rules from Ere We Go to generate their weapons and equipment!) I also need to sculpt up a Mekboy, Painboy, Weirdboy, Runtherd and maybe a few more boyz too. The vehicle is also in need of a fresh coat of paint and some assorted gubbins to give it a suitably ramshackle appearance...
A quick update on them as I have just finished a squad of bolter armed Orks led by a Nob but really want to bulk their numbers up to at least 10-15 for a proper mob!
Hopefully I will get some more pics taken for this weekend of the latest additions as well as a few more warbands in construction as I have a good half dozen little forces underway that are starting to look half decent such as the Mo.F.A and the notorious crimelord Lucius Goldburg!
All the best!
Posted by SpacecowSmith at 23:11