Enemies of the Imperium Part 2

I thought it was long past time to actually update my ongoing ramblings about my reimagined Imperium so will spend a bit of time waffling about a few more of the threats that face the Imperium in the 45th Millenium!

The Great Harlequin has reunited the disparate elements of the Eldar race, the Craftworld, Dark and Exodites and forged a new, powerful and unified society that seeks to reclaim its ancient holdings, much of which are now in the hands of the Imperium. 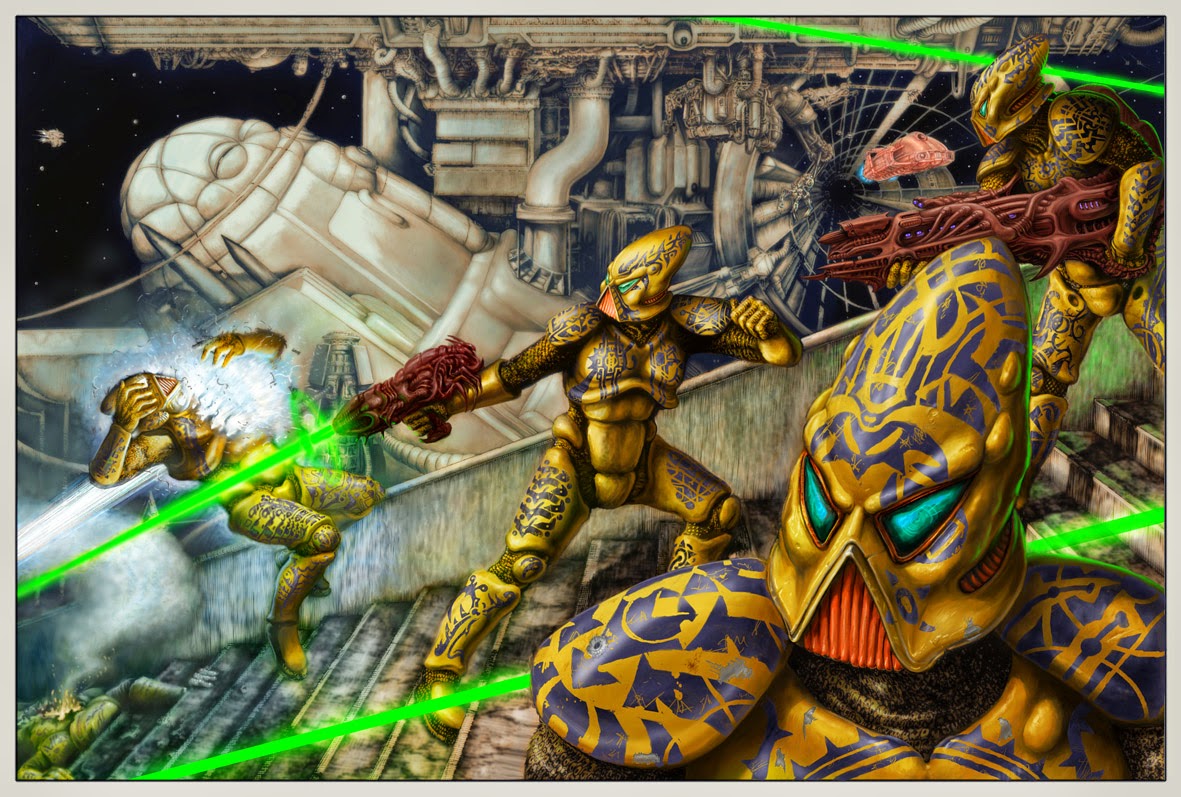 Eldar Pirate Raid
While the reformed Eldar are still too few in number to take on the Imperium in a straight fight, they have excelled in lightning raids, strategic invasions and commerce raiding. At the forefront of this effort are the Eldar Pirates. Formed from the adventurous, out of favour or somewhat deranged of Eldar society, they range in size from single ships to powerful fleets of graceful, yet deadly vessels.
eldar fleet. 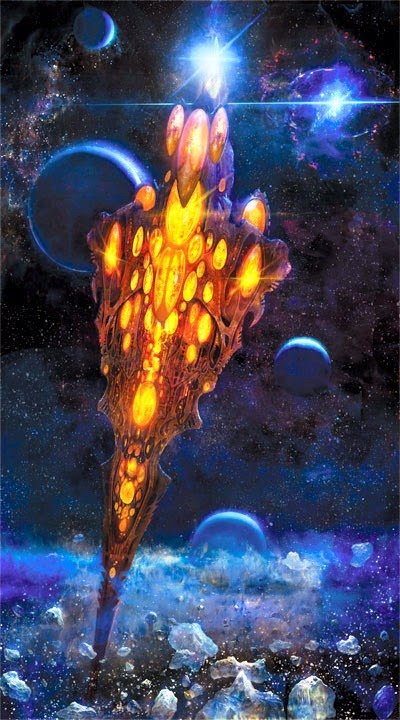 Eldar Warship
While seemingly operating independently, these freebooters are actually under the command of the great seer council of the Eldar who seek to interrupt the movement of trade and vital supplies throughout the Imperium, weakening it to the point of collapse. Thus far, the Imperial navy seems unaware of the spate of seemingly random attacks on shipping actually form a complex web aimed at dealing a crippling blow to the Imperium as pirate raids seem to hit everything from merchant convoys to agriworlds and even the odd strike at the navy itself. No matter how rapidly the Imperium reacts, the agile Eldar ships seem to dance out of range and vanish before full retribution can be taken on the haughty pirates. 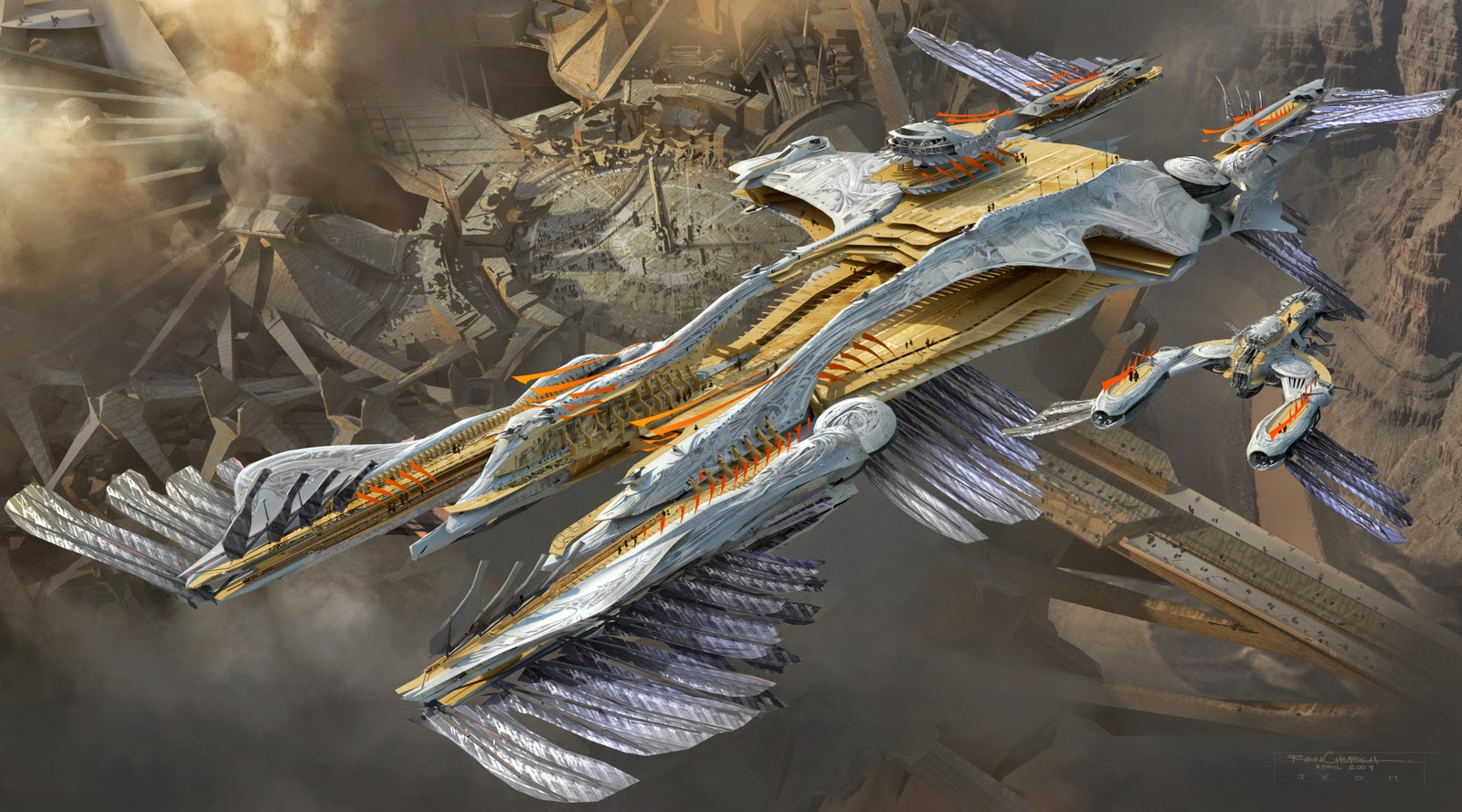 Every ships crew looks different, some wear elaborate or exotic gear, others grim and forbidding uniform while some, usually the Dark Eldar, indulge in scarification and body modification to terrify their foes. It is this sense of freedom and lack of strict Eldar codes of conduct that draw many dreamers and malcontents to join up and the pirates aren't too fussy about only recruiting from within their own race as many unusual xenos species with a grudge against the Imperium or a sense of adventure also make up a sizable proportion of the ranks.

Pirate activity in the Farpoint sector has been growing and several ships have gone missing under mysterious circumstances in the past six months and Governor General Van Dorn has requested the Imperial Navy to increase its patrols. Rumour has it that the previous governor, Alexandr Vosk has been trading with the outlaws in secret in hopes of discrediting his successor and allowing him to retake the lucrative position of Governor.

Hopefully that will give folks a bit of an idea as to what the Eldar Pirates are up to and the eagle eyed may have spotted that I have begun adding new pages to the blog here with background and so on of the forces of the new Imperium and those they fight against. I am also hoping to add some bios of the assorted characters such as the Empress's Attack Dog, Governor General Laars Van Dorn, his nemesis Alexandr Vosk and lots more over the coming week or two as well!

Posted by SpacecowSmith at 12:15