I had planned on showing some pics of my latest additions to my Planet 28 forces this evening but was absolutely knackered when I got back from work so haven't had chance to get any pictures yet so hopefully tomorrow will see an update with some finished stuff in it.

Instead I've found myself shoving on some Death From Above Wargaming and Guerrilla Miniatures Games Battletech battle reports on Youtube and found myself once again drawn to the setting! 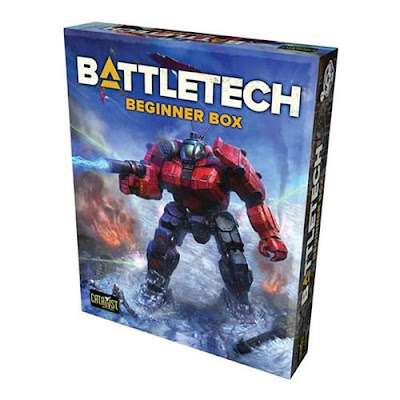 Interestingly it appears that many gamers are feeling the same way at the moment as a lot of GW gamers are making the move to the game of Armored Combat. Maybe its the fact that it hasn't changed much in 30 odd years or the rules are a bit like the old Rogue Trader, being a toolbox that allows you to really tinker with the size and complexity of game you want to play or the new and shiny and revamped miniatures which seem to be catching peoples attention but there is a real buzz about Battletech in the gaming community at the moment. 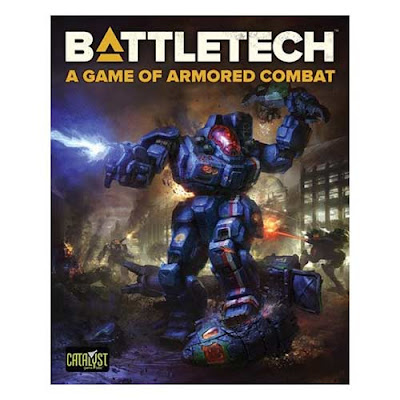 Coupled with the fairly readily available 3d printing tech that is increasingly allowing folks to print out their own customised mechs and the relatively low price point, with average forces being only four or five figures a side, it does seem that the latest round of kickstarters have got a lot of new folks interested in giving the game a try, be it classic Battletech on hexmaps, tabletop or the streamlined Alpha Strike. 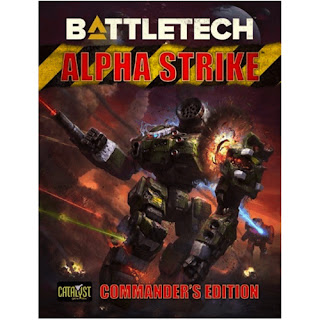 I played quite a bit of both during the first lockdown but must admit that I've yet to play a game of it this year and am feeling the need to remedy this, either using my handy dandy cardboard counters, my own SD sculpted stuff or dare I say it, to buy some of those lovely new figures! 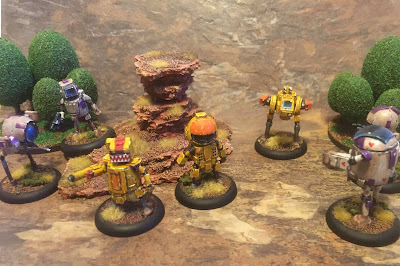 I'll need to rummage out my gubbins but annoyingly I've only got the digital editions which aren't that handy since my I-Pad went kaput a few years back so I'm thinking of investing in actually buying the box set, rules and tech readouts but have discovered that they are currently fiendishly difficult to get ones hands on, presumably as everybody else has had the same idea resulting in the usual sources drying up so I'll need to make do with what I've got for the time being.

I'd be interested in hearing what other folks thoughts on the game are and if they've been tempted to dip their toes into the retro wonders of giant stompy robot combat.

Posted by SpacecowSmith at 20:38 8 comments:

Email ThisBlogThis!Share to TwitterShare to FacebookShare to Pinterest
Labels: Battletech

The Aeronaut's Windlass, or Inspiration From an Unexpected Source

Well I'm back from my hols in Wales and mostly relaxed, other than the car deciding to have a wobble with only 400 miles still to go to get us safely home but it made it!

We spent a really relaxing week visiting family and I managed to trundle around a few fascinating historical sites ranging from Iron Age settlements to ruined monasteries which was really great but we also visited a lot of charity shops and second hand bookshops and in one of them I found a copy of Jim Butcher's Cinder Spires book one, The Aeronaut's Windlass for the princely sum of £1.25. 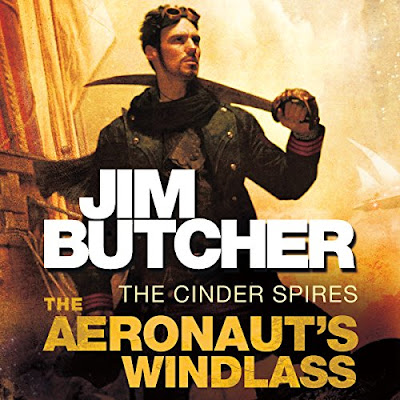 Now I've read quite a few of Jim's other series, The Dresden Files and really enjoyed them but managed to miss the Cinder Spires entirely (something I am quite embarrassed about as I work in a bookshop!) and must say that I really enjoyed it.

At heart its a good old fashioned adventure with plenty of interesting heroes, villains and sinister plots but the world building was brilliant as its steampunk but with a difference as it is set in another world where great city states live in great monolithic spires built thousands of years ago by The Founders. The land itself isn't really described other than being heavily forested and inhabited by all manner of monsters. 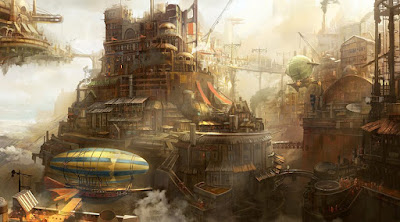 Its a setting that reminds me somewhat of a Steampowered 40k and it's really quite evocative, especially as trade and combat is largely carried out between airships of varying sorts and it got me to thinking of re-exploring my Land Ironclads project and working on some aerial assets for some city states to fight over.

Better yet, it will be a really cheap project to undertake as the whole thing would be made from scratch using whatever interesting gubbins I have lying around!

Goodness knows if I'll get much done on my remaining days off before returning to work but I highly recommend picking up a copy of the Aeronaut's Windlass as its a really good fun read and well worth a peruse.

In other news, I've almost finished a big bad for my ongoing Planet 28 project and I'm hoping to keep working through other interesting bits and bobs in time for the release of the new 2nd edition of the game later this year and will post pictures of stuff once its ready!

Posted by SpacecowSmith at 11:47 No comments: