As I have been making lots of gunbots I decided to make a setting for them to squabble over and set up a blog to cover the background to it.

RUSTY ROBOTS features a world of scrap and a diverse group of robots to inhabit it! At present theres some background on the world itself but I hope to add some more detail soon!

All the best!
Posted by SpacecowSmith at 12:14 No comments:

I've posted a load of concept sketches over on my SPACECOW SMITH PRODUCTIONS blog featuring a load of robots and vehicle designs but I thought I would post a bit of a preview here too: 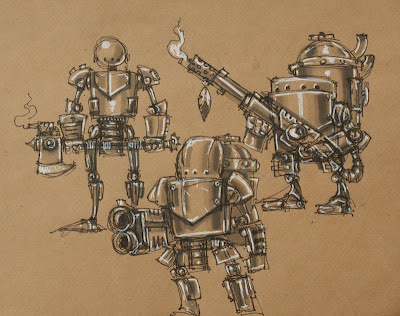 Gunbot Specialists
Please feel free to nip over and take a peek!

All the best!
Posted by SpacecowSmith at 11:57 No comments:

Well I have been working on a fair few sculpts along with a commission or two but have finished another Gunbot! 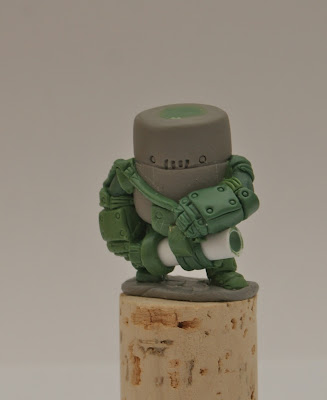 Gunbot
Armed with a heavy duty cannon, the little fellow stands just over 25mm tall and I hope to release him along with a couple more gun toting friends soon!
All the best!
Posted by SpacecowSmith at 10:55 2 comments:

Email ThisBlogThis!Share to TwitterShare to FacebookShare to Pinterest
Labels: Sculpting

As I have limited gaming space I have been limited to playing games in a small area, at most 2x3' so have had to adapt my games to suit and have found using vinyl tiles ideal. I first got the idea from PROJECT QALPHA who has used them to great effect in the past.

I mount mine on a cork tile to give them increased strength and grip on a table and as they come in a variety of interesting stone patterns I dont need to do anything else to them: 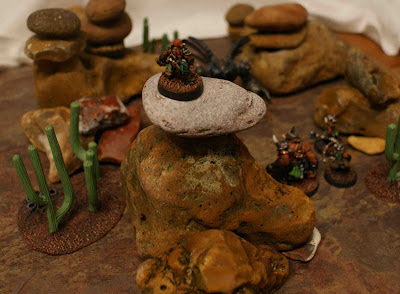 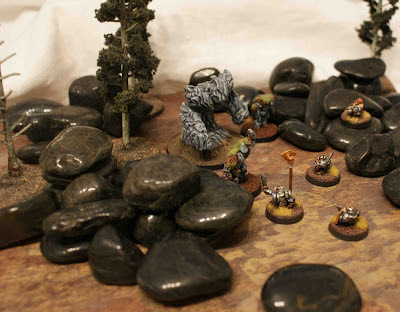 Vinyl Tile Board!
With the addition of a few pieces of terrain I have an interesting board to game on which can be easily dismantled and put away ready for the next game.

As I have also got a limited gaming budget, I tend to play games that have a limited number of models and over the coming weeks I hope to start posting some battle reports using a variety of rulesets using my miniatures so folks can see what they look like painted and on the board as well as giving you a bit of a review of the rulesets themselves.

This blog has been set up to cover my progress with sculpting, casting and releasing my own range of 15mm scale figures.

I have been an avid collector and painter of mainly 28mm scale figures for over 20 years now but over the last few years have discovered the joys of 15mm scale gaming. Originally it started with a project when I started university to collect some figures to represent the characters from the Stainless Steel Rat books by Harry Harrison. 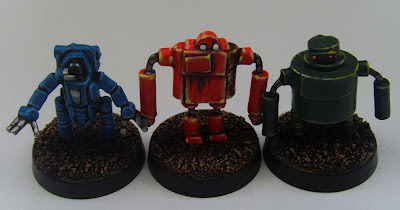 Early Robot Sculpts!
Although this was only four years ago the options were somewhat limited as 28mm scale was still king and 15mm scale sci-fi manufacturers were few and far between but I was struck by how much detail one could have on such a small figure and still paint it up quickly and effectively rather than having to spend hours to get a decent finish. Step forward a few years and there are literally dozens of 15mm scale manufacturers out there but almost all of them produce what is classed as 'hard sci-fi' or 'military sci-fi'.

At the same time I worked on a project supporting the sadly under-rated Leviathan wargame which gave me the opportunity to try my hand at sculpting 15/18mm scale figures and I have never looked back!

Orcs!
I have always been interested in the more science fantasy type of setting like Rogue Trader, Flash Gordon, Buck Rodgers or Starwars where evil villains did battle with heroic types with swords. Sadly as already mentioned, theres not too many manufacturers who produce this sort of range so I have decided to produce my own!

This range will hopefully cover all sorts of bits and bobs ranging from sci-fi to fantasy and I will also be adding some background and concept art as and when I get the chance!

To get the ball rolling heres a few of the initial sculpts I've been working on over the last few weeks: 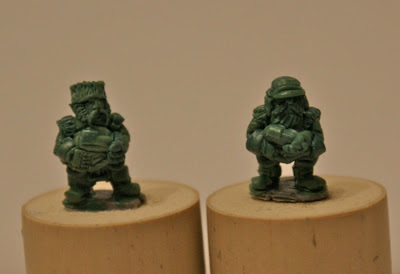 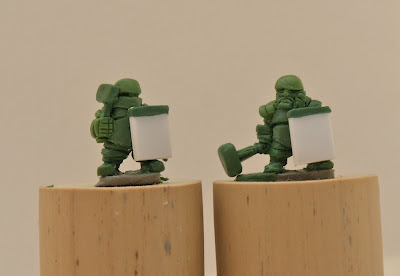 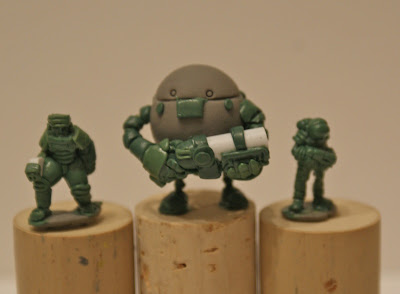 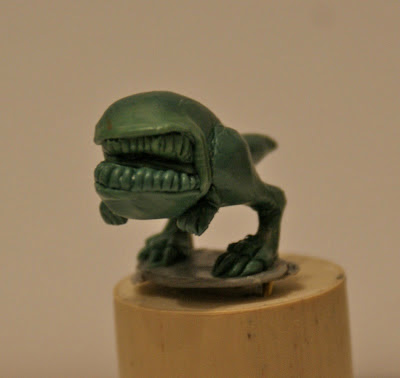 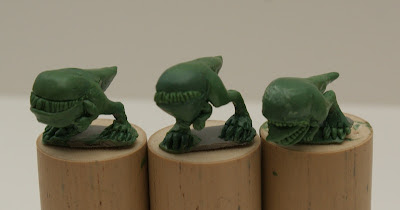 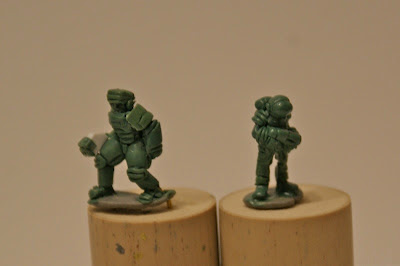 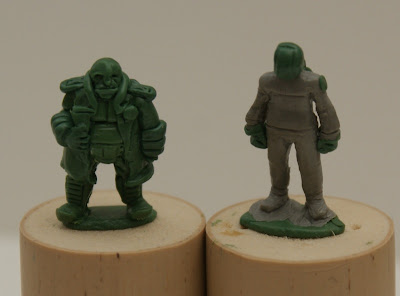 Human Villains
As you can see theres a fair assortment of stuff and in the coming weeks I will be adding more previews including some anthropomorphic gun bunnies and more Gunbots!

As I am going to be casting them in my own tiny workshop I am planning on using resin instead of lead. Essentially I dont want to burn the place down and I have experience working with resin and I believe I can get a better level of detail for a lower price than with the likes of lead or pewter.

In the meantime please feel free to suggest what you would like to see cast up!

All the best!
Posted by SpacecowSmith at 16:43 2 comments:

As promised heres some pictures of my first barbarian unit: 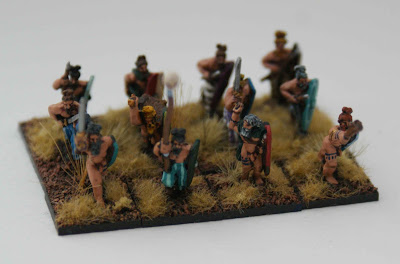 All the figures are PETER PIGS Conquerors and Kings ancient Germans and paint up really nicely. I particularly like the movement in the sculpts which really makes the unit look like a horde of bellowing savages charging into battle! at £2.60 for 8 infantry they are a great deal even if they are quite small
I based some up on 15mm square bases and others on 30mm square multi bases to make moving them a bit easier but also allow me to reform them into different formations without too much hassle.
In keeping with the setting they are going to be fighting in, either the northern reaches of Aeroth or the rolling plains of Crucible I went overboard with static grass, Silfor tufts and even some longer bits of bristle.
I think for the second unit I am going to add some more interesting little terrain elements to the bases, be it a fallen tree or some sort of standing stone.
Its the first time I've actually had a bash at painting an entire unit for a while and I must admit its been quite a bit of fun. Hopefully I will be able to add a second unit soon!
All the best!
Posted by SpacecowSmith at 11:38 No comments: