Over the last couple of days I've been trying to clear my painting desk and have finished a few more bits and bobs!

I'm slowly painting through my little box of Age of Sigmar and hope to have my unit of Bloodbound finished before too much longer.

Next up a classic Dwarf Ironbreaker: 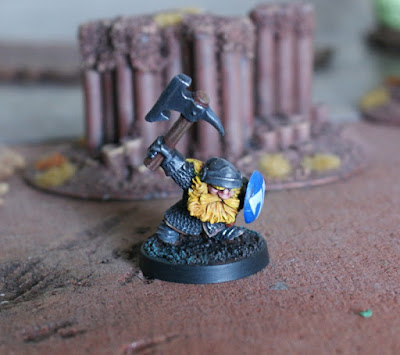 I really enjoyed painting up the little fellow as the classic Dwarf sculpts by GW really are fantastic. I have a few more to do which I've had kicking around for a few years now since I picked up a pile of Dwarves for a tenner at Claymore in Edinburgh!

Next up an armoured Familiar: 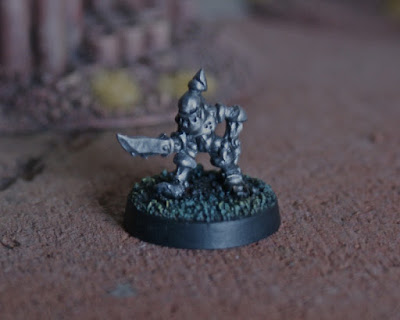 It's a wonderful little sculpt that I've mounted on a 20mm round base and now need to find a wizarding type as a master for him!

The Governor General and Retinue

I've had the idea of painting up a force or two for Rogue Trader in 15mm for a while and finally got started on the project with the Governor General of Farpoint and some henchmen and trusty droid as well as a ship's crew woman. I need to get the Governor's security force up to ten or so as well as some vehicles and assorted hangers on but quite like how the little unit look!

Hopefully I'll get chance to finish off a few more gubbins over the coming weeks!

All the best!
Posted by SpacecowSmith at 20:10 4 comments:

Well after much waffling about taking a break from my usual hobby activities and I find myself perusing some of the news coming out about the new 40k that is coming out in June. 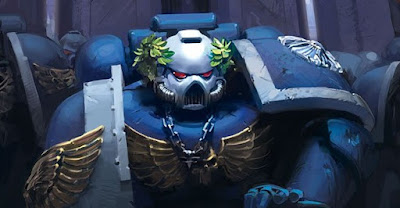 There seems to be quite a lot of outraged mutterings from the neckbeard community of power gamers who don't like change but for myself (fully bearded!) I quite like the sound of how things are changing. It looks almost like a return to 2nd edition but more streamlined and playable without needing a doorstop tome of a rulebook and it's also looking quite scalable so small forces are also an option rather than just Epic in 28mm.

Coupled with the fact that the narrative for 40k is actually moving forward a bit with new and interesting things happening, I may be tempted to pick up a copy and give it a bash! 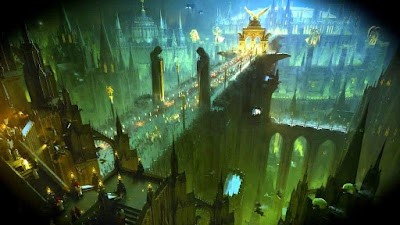 It also looks like there's new larger scale Space Marines which I personally think will look great (especially when you look at all the Truescale conversions out there which make marines look properly heroic rather than rather Orangutans in armour.

I have been following the development of Age of Sigmar with rather a lot of interest and am slowly painting my way through the bits and bobs I have picked up and if GW can bring my jaded interest back to the fold, more power to them!

We shall see how things develop over the coming months and who knows, I may end up with some sci-fi gubbins to paint in the not too distant future!

Posted by SpacecowSmith at 18:46 No comments:

I'm afraid it may be some time before I get chance to post much on my blog as I have a major project that I have been pondering for some time on my hands. 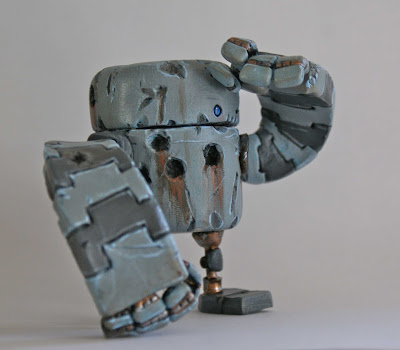 I am going to be developing my Rusty Robots setting if for no other reason than I still love the little guys with their simplicity and charm. I have no plans on releasing any casts for them any time soon but I have the setting stuck in my head and a million ideas for it pouring out!

Hopefully I will come back to my blog at some point but have a suspicion that Rusty Robots is going to be a fairly long term undertaking!

Well it's been a busy few weeks with work once again taking up nearly all my free time and the joys of Real Life using much of what I had left!

Still I have managed to paint a few bits and bobs!

First up, there's a test piece for my 2nd edition 40k warband that I've been swithering about: 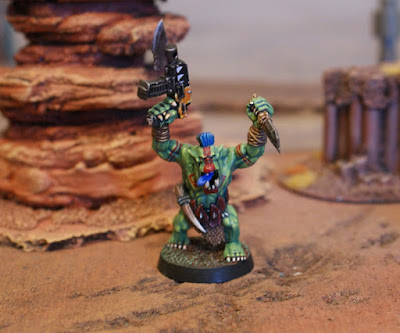 He's had quite a bit of conversion work done to him but the addition of a top lip, hair squig and tongue gives him a decently 2nd edition vibe to him.

I'm still somewhat unsure about adding more to the mix but I am warming to the project somewhat!

Next up, here's a couple of Bloodbound thuggish types for Age of Sigmar: 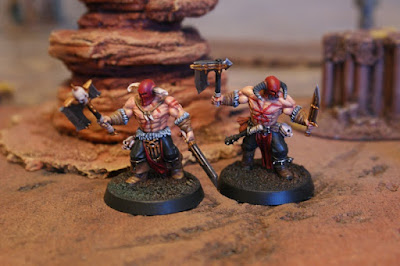 I've worked on them over the course of a couple of days and will be adding one or two more over the course of the week. I quite like them once painted and the 32mm bases are actually quite handy too. I've also been playing around with a darker basing technique with them and plan on adding some static grass tufts once I get the chance too.

Next up, there's a Grenadier Berzerker: 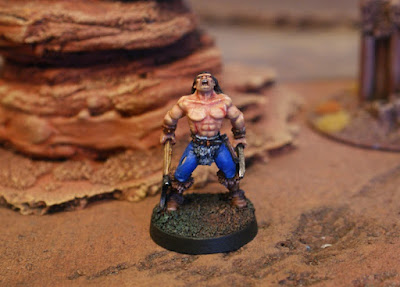 I really like this guy as he's just so furious and has tons of character. I gave him quite a few scratches and cuts to represent him having actually been in a bit of a scrap.

I spent ages working on his skin tones to try out a more realistic style of painting and quite like how he's looking too. I may add a few chums to make a barbarian warband as I rather enjoyed painting him!

Next up, there's the Bat from Batman: 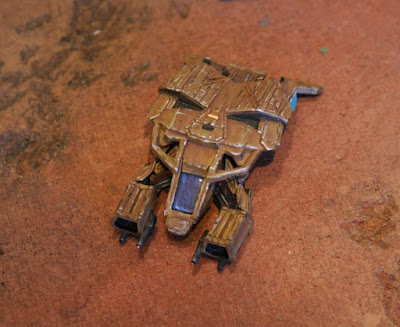 I really enjoyed painting a rather worn and battered vehicle and I will be adding it to my Lao force for Battletech and speaking of Battletech, I went back to the first of the Mechs I painted for said force and added a few more bits and bobs to give him more character: 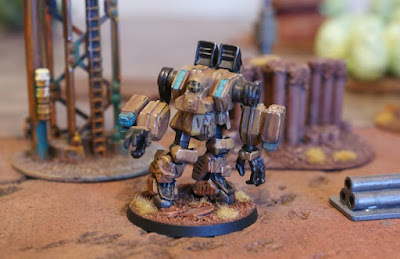 I seem to slowly be getting my painting mojo back again for the first time in absolutely ages and I hope to be able to add lots more gubbins in the coming month so watch this space!

In the meantime, Pirate Captain Easter Chick demands you have a fantastic Easter! 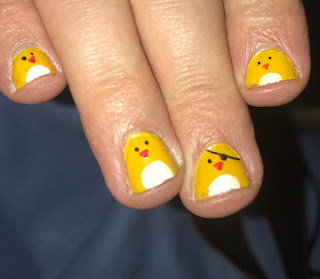 (thanks to my wife for painting chicks on me!)
Posted by SpacecowSmith at 19:30 5 comments: