Well the bulk of my tat got moved into the new place last night (curse those two flights of stairs!) but theres still some of my miniatures and whatnot to get shifted over the next few days but I am going to be internet free for the next week or so and I suspect there won't be too much miniatures blogging going on for the next few weeks until we have got everything unpacked and sorted!

Still, during this unwelcome hiatus, I hope to have a good sort through all my miniatures and get geared up for some decent updates on my return!

I must admit I look forward to getting my Eldar Hoard into a bath of dettol so that I can get on with priming and replacing the thickly caked on black coat they currently hide under (on closer inspection, it actually looks like they were dipped in black paint!)

I am also planning on gearing up for some fantasy skirmishing in the Four Realms, the setting for Andy Colemans rather excellent Four A Miniatures! 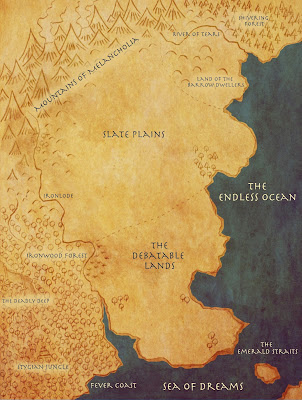 The Four Realms
I began development of the setting some time ago now but alas, work and house hunting has rather taken over my spare time of late but I hope to continue fleshing it out over the next month or so and it will allow me to create some suitably bleak terrain features for the Slate Plains and Debatable Lands too! 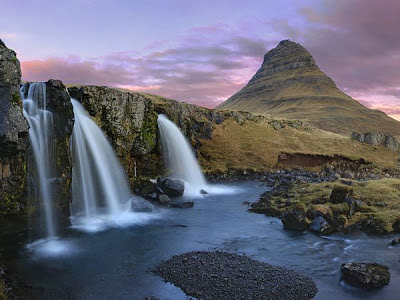 A Tributary of the Ironlode
The setting has much of the action taking place in the bleak Slate Plains, with the Dwarves having been exiled from their mountain fastnesses by an unspeakable evil, they now live a nomadic existence amongst the moors and forbidding hills and rockpiles that make up the vast plains whilst fending off coastal Goblin and Sea Demon raids, not to mention the forces of darkness that range out from the Mountains of Melancholia! 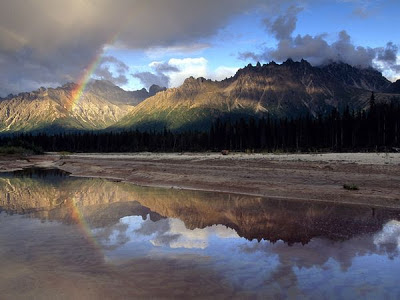 The Mountains of Melancholia
The world itself is rather dark and is somewhat based off places like the Highlands of Scotland, Iceland and Alaska, with short summers and bitterly cold winters but even the climate is beginning to change as the Sea Demons have re-channelled the warm waters from the south so they now flow northward and along the coastline.

This allows the warmth loving Sea Demons to extend their domain north to the coastline of the Debatable Lands and is pushing the Coastal Goblins inland and into conflict with the Dwarves and assorted Human barbarian tribes that inhabit the region. 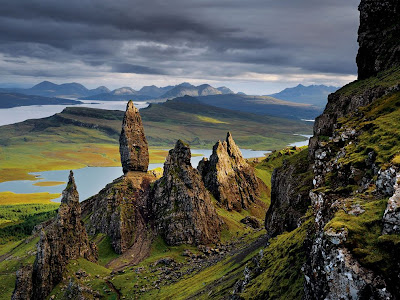 A View From the Foothills
For more info on the setting, please feel free to take a peek at the FOUR A BLOG. Its not been updated in a while but I hope to remedy that soon!

All the best!
Posted by SpacecowSmith at 12:09 No comments:

Sculpting on the Move

Well packing continues afoot and I've finally sorted out a new home (Huzzah!) and am just awaiting word as to when I can move in!

In the meantime, I was loath to just pack everything away so sculpted up this little fellow: 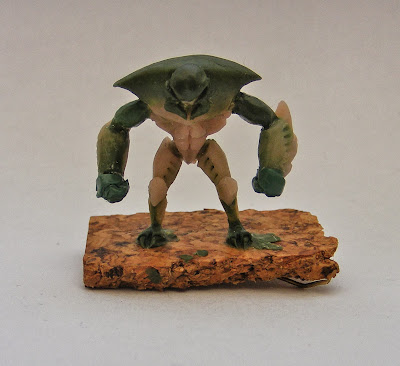 I have come for your picnic!
Standing just shy of 25mm tall he's a bit of a test piece to see what I can do with Super Sculpey in smaller scales and has turned out quite nice. I hope to get a couple more sculpted up over the course of my move before offering the little blighters up for sale!
All the best!
Posted by SpacecowSmith at 12:09 No comments:

This morning I was all set to move into my new digs on Monday but its all change once again after I received a promotion that will see me needing to relocate to St Andrews in sunny Fife!

To make things even more exciting, I need to find somewhere in the next two weeks and get moved in by then!

Surprisingly all this is putting a decided cramp on my hobby time but I have high hopes of cracking on with some much needed miniature related goodness once the stress of the move is finally over!

In the meantime, I've been pondering the possibilities of creating an affordable series of DIY games mats that will allow me to get some games sorted out in locations other than the perfect bowling green surface with a few perfectly manicured trees strewn around!

I've seen some truly amazing stuff done with not much more than a sheet of canvas and assorted paint, glue and flock and want to do something similar. I have been pondering doing something for a while as I have never understood the obsession with the green or at best sandy coloured surfaces that pass for supposedly alien worlds or fantastic locations. 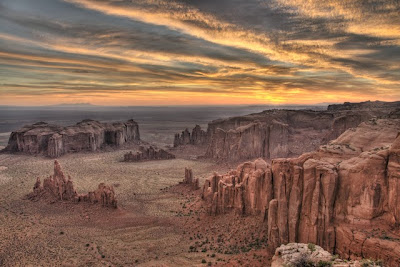 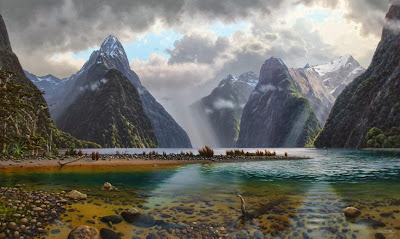 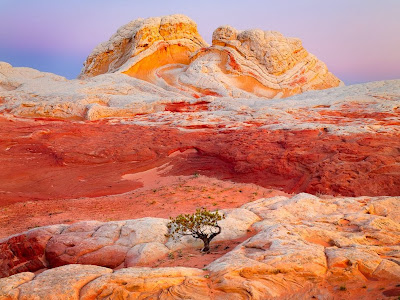 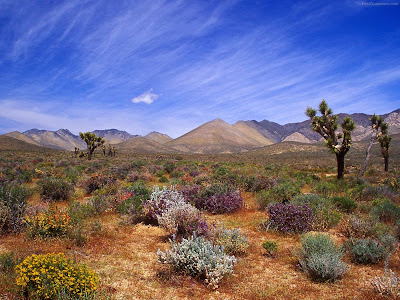 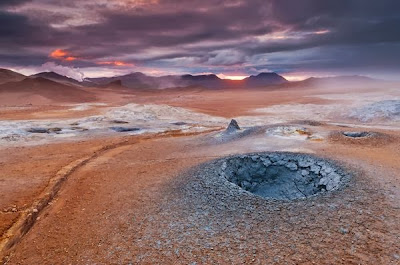 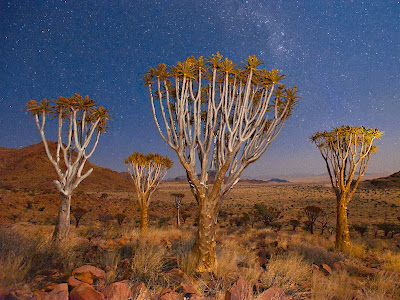 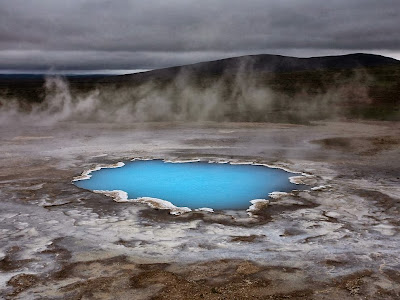 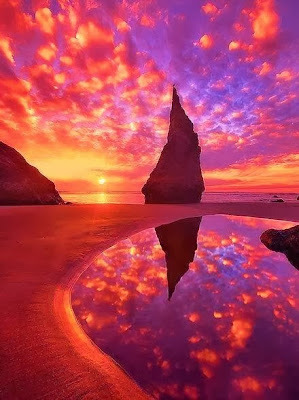 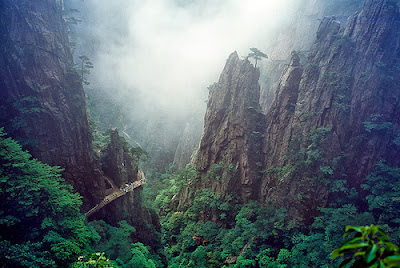 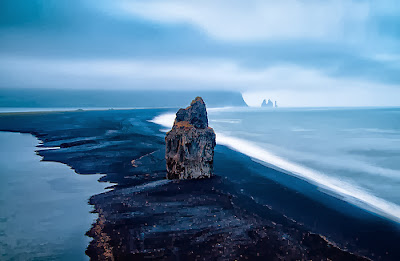 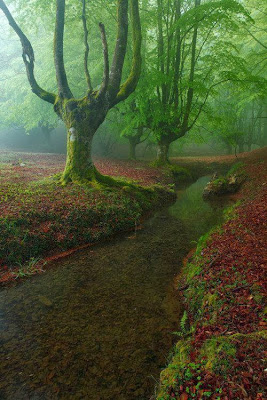 Yes I know theres a limit to what is practical or useful for wargaming but even some simplified scenics could really make for a fantastic game and bearing in mind all of the photos above are of earth, why not let your imagination run riot when it comes to sci fi or fantasy!

The initial plan after moving will be to create a series of different coloured surfaces to get me going, Lush Green, Red Erg, Frozen Tundra and Urban Sprawl. That should give me enough to be getting on with and cover most games to begin with and with a bit of experimenting, who knows whats possible!

But first the move!

All the best!
Posted by SpacecowSmith at 21:29 No comments:

Well I've still not moved yet which means no proper updates featuring painted figures, much to my chagrin!

Still I have managed to get a 15mm scout mech sculpted up! 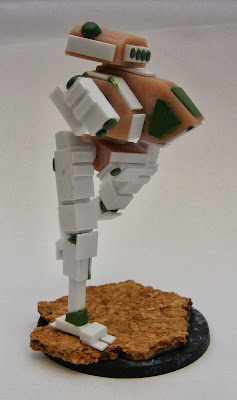 Its a bit rough and ready but should do for a decent proxy of a Jenner for my 15mm scale Battletech project!

In other news, I have been struggling with combining all the settings and games that I like into one, joint setting in keeping with my Budgethammer pledge so have decided to split the project into separate components!

This blog is going to cover my Rogue Trader forces, including 15mm and 6mm scale footlings in a somewhat revised Warhammer universe. It will also cover my fantasy gubbins until I get chance to do something more permanent with it.

I have set up a KRYOMEK BLOG to cover all things Kryomek and Void (being that they have a lot of setting in common!) and when I get chance, I will be setting up a 15mm scale Battletech blog and even a VOR one!

The reason I have decided to do this is that it will help compartmentalise my meandering approach to my hobby and will allow folks interested in individual games to read about it without having to filter through lots of unrelated jabberings by yours truly!

I also think its important to give each of these often unloved games a permanent place online of their own instead of having to fight for space with other projects!

Sorry if its going to cause hassle for folks but I think its for the best! Hopefully once the move is FINALLY out of the way, I will get chance to actually do something more fun like actually painting and gaming!

All the best!
Posted by SpacecowSmith at 16:04 No comments: