I had intended to post up either the next installment of my Battletech Alphastrike campaign or show some pics of my latest sculpts but have been somewhat distracted by pondering on the possibilities of playing more games using the papercraft approach. 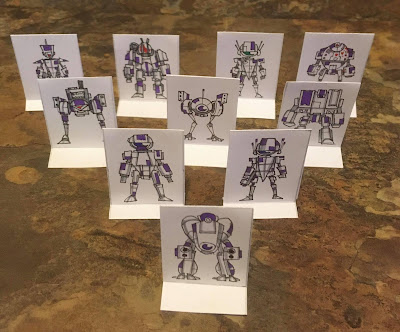 Whilst it's certainly not ideal as there's something really pleasing about having proper painted figures in whatever scale trundling around the table as it gives a visual hit that paper cannot, my recent success with playing five Battletech Alphastrike games in short order with twenty mechs all told at the cost of an hour or two of drawing cannot be sniffed at. 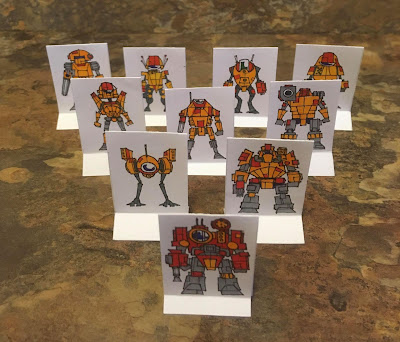 Over the years I have fallen foul of the Ooh Shiny Syndrome where I see a range or game that I like the look of and spend amounts of money on them only to not get them painted. Whilst the Lockdown has seen me paint my way through some of this, there are games that I'm really keen to explore but the cost of figures or indeed the difficulty of getting ahold of them is a decided issue.

Whilst out for our daily allotted socially distanced walk I had mentioned this to my wife and she suggested that I should make more of the cardboard standees for short term use and if I liked the game, I could then slowly replace them with my own sculpts. 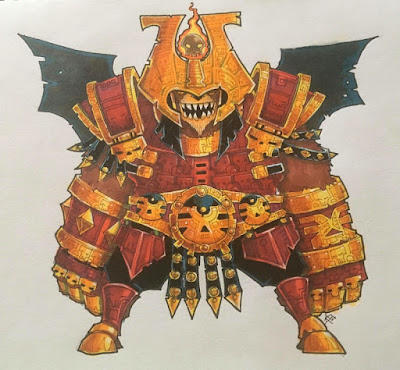 This struck me as a rather good idea and I have decided to roll with it and see what games I have that I'd love to play but on a super tiny budget during the Lockdown. A little bit of rummaging later, I have settled on trying out this approach on a handful different games. The plan is to draw up a small force for some of the factions available and use the process to get a feel for the rules and possibly even play out a small campaign with them as I have done with my Battletech stuff.

This approach will hopefully see me playing a bunch of games, some of which I played back in the day and others which I have the rules for but never had chance to game.

While this may not be everyone's cup of tea, and to be honest, I would prefer to have lots of miniatures to paint but beggars can't be choosers. On the plus side, I hope to use the process to work out how I'm going to sculpt my own bits and bobs.

The games I plan on trying out are as follows: 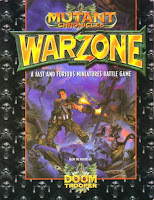 Now I know that Kryomek and Void 1.1 are available but I want to try playing a game or two with my papertech stuff as the sculpts just don't appeal to me. Warzone is a brilliant game but getting the figures is pretty difficult these days so a papertech approach seems to be a good way to get some games in and speaking of an out of production game that the figures are hard to find, Chronopia is up there as one of my favourite games that I've not played in about 20 years now and getting figures for it that aren't covered in leadrot is really difficult. 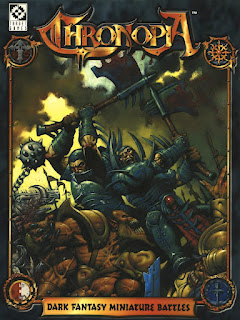 I plan on spending an hour or two tomorrow morning putting together an initial clash with two small forces as well as finishing my Battletech Alphastrike game and working on some more sculpts so watch this space!

Don't panic though! I will be regularly posting pics of actual painted miniatures as well as I see this approach as a gateway into playing and enjoying games whilst sculpting all manner of interesting things for my own enjoyment.

I suspect that 2020 will see the end of my buying figures and me really sinking my teeth into sculpting my own stuff as it is just so much more enjoyable than working on other folks stuff.

In the meantime, All the best!
Posted by SpacecowSmith at 14:14