Back to usual service as a new bulb has been procured and here's a few pics of my latest additions to my Lockdown project! 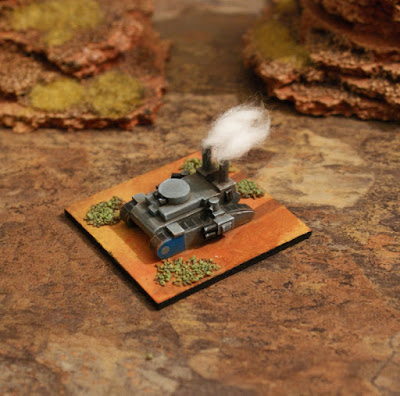 The Warhammer is a heavy Dwarven Ironclad and is armed with a medium gun turret, twin fixed barbette guns and small close defence guns. Whilst not the fastest or most powerful tanks in the Dwarven Landfleet, it is one of the most versatile.

It's low profile and powerful weapons allow it to engage enemy targets at range and it's close defence guns allow it to support infantry and make it a bit of a beast in close combat. 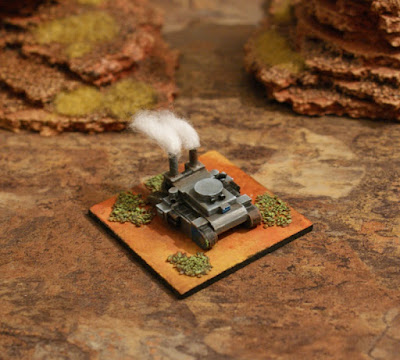 The Warhammer is made almost entirely from plasticard and greenstuff but the turret is from Brigade Models and it's been sat almost finished for absolutely ages but I was never entirely happy with it. If I was to do it again, I'd probably make a larger turret from scratch like I did with the Battle Forge but you live and learn! 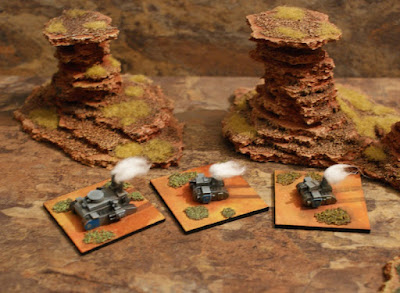 Here's a pic of the Warhammer alongside a pair of Anvil medium Ironclads:

I've also quickly bodged together a trio of Vongola flyers in the form of the Zephyr class bomber: 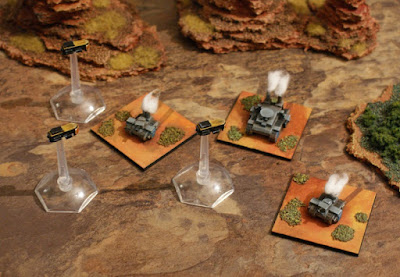 The Zephyr is the only air asset that the Vongola currently deploy and operate on Magitechnology that they have "acquired" from the Elves. Using Skystones to defy gravity, these small vessels, although limited in capacity, have the speed and agility to drop their payload just at the right time. Handily they are also capable of transporting a squad of troops which the Vongola have been utilising to raid opposing kingdoms.

I felt that my Vongola needed some air support and put together three small but hopefully annoying little bomber craft to zip around and drop explosive death on their foes.

Style wise, they are a little bit like flying limo's and I quite like the little things and now I'm feeling the urge to add some more Dwarf flyers to oppose them!

In the meantime, All the best!
Posted by SpacecowSmith at 14:26