Magic the Gathering Cards for Worldbuilding?

A bit of a random post today but I got a big stack of Magic the Gathering cards which were going to be thrown out as they weren't getting used for games nights instore any more so I decided to recycle them for gaming of a different sort!

Now there's about a thousand cards in the box but they're pretty much all lands which used to get used for draft games and it got me to thinking, could I use them for a bit of a world building option for my own games?

With that in mind, I sorted through the box and selected ten of each of the land types (Plain, Mountain, Swamp, Island, Forest) and shuffled them into a deck. I then printed out a hex sheet on A4 paper and began drawing cards for the characters initial location and the surrounding hexes. 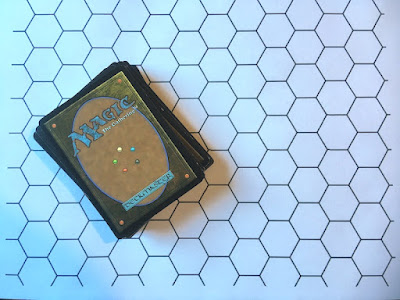 This resulted in a bit of a mixture of different environments and I could have stuck with the basics of the hexes contain either mountains, swamps or whatever but I got to thinking that maybe I could interpret them a bit further by actually looking at the images for some visual clues. 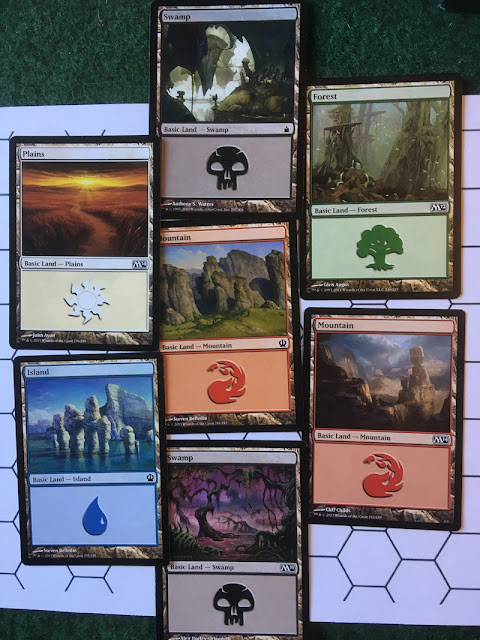 This resulted in a very basic map of a rather intriguing nature with floating islands, mysterious swamps and even some strange settlement built into a massive forest.
It's pretty crude but by adding the roads, rivers and other elements that one sees on the cards it's possible to create a map really quickly and populate it with all manner of interesting elements. While it's not going to be particularly accurate from a geological or geographical standpoint with all manner of random elements thrown together, with a bit of care and lateral thinking, I believe it could work out rather well and I'll be introducing it into my games going forward, especially the likes of Collostle which is light on detail. 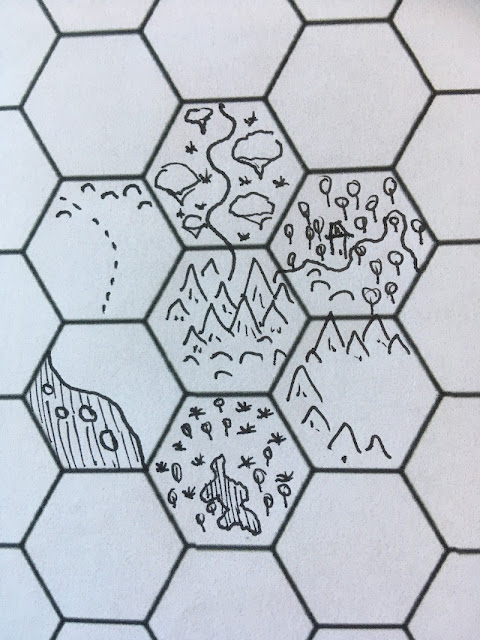 Taking the idea further, I also plan on using it for skirmish type gaming as a reference for the sort of terrain my games could be taking part in. For example looking at the following image: 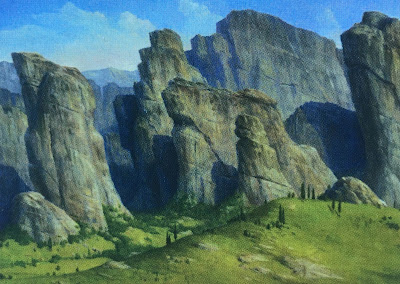 If it's a fantasy setting, it could be that my warband finds itself ambushed whilst travelling through a mountain pass or being sent to exterminate some monster infestation that has been attacking a local mining camp. While the images are largely of a fantastic nature, I can absolutely imagine the method working for sci-fi games too! 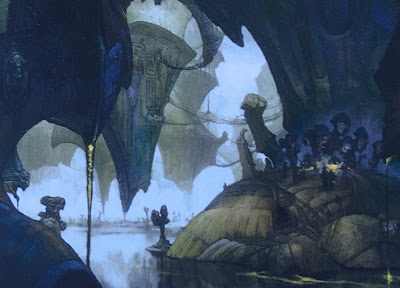 The floating islands, dank swamp and strange fungal growths would absolutely work in a sci-fi setting which could see Imperial agents carrying out a sweep of the slime jungle (ala classic Rogue Trader!) to try and root out some rebels or different gangs fighting over some illicit fungal growth. 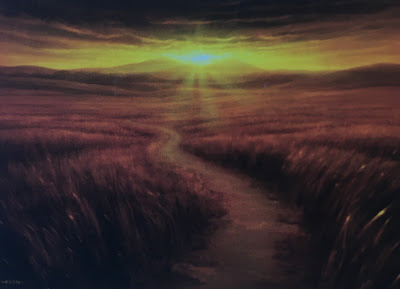 Even something like this rather moody, if featureless plain could work as the setting sun could be a key element with an attack taking place as the sun is setting which gives the forces a limited number of turns to achieve their objectives before the battlefield is covered in darkness, allowing their opponents to slink off under the cover of night. 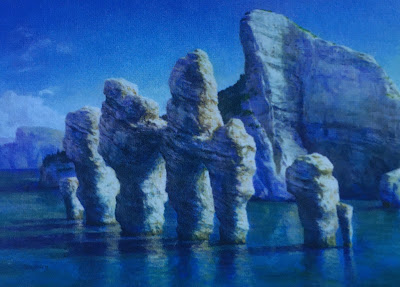 I must admit that I don't often see games set on the coastline but how about pirates or smugglers trying to avoid the attentions of the local authorities whilst seeking forgotten treasure or even a remote bio-lab having to be explored by Space Marines after communications have been lost and it just so happens to be set on an island miles from anywhere? 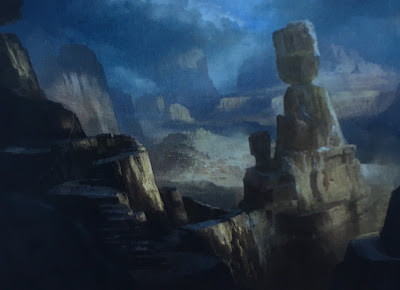 Even using something as simple as the weather portrayed can be useful as while the setting appears to be a mountainous one bordering an arid region, the threatening storm clouds could mean that the battlefield may be hit with a flash flood making for an interesting and unexpected element that can make even a generic skirmish far more exciting than expected as the characters have to seek high ground or face being washed away. 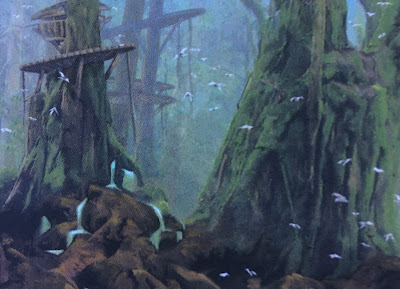 How about having an encounter between forces in a great forest that is home to an unknown third faction who don't take kindly to the fighting and decide to enter the fray to drive both invading parties away from their ancestral homes?
The options are really rather exciting and I suspect I'll be pootling around further with the cards to see if I can incorporate them further into my games. I'd be interested to see if anyone else uses a similar approach as I do think it has some possibilities for setting the scene in any game!
In the meantime, All the best!