Here's the next batch of my character a day doodles!

Brady the Nightsoil Collector and Stevie 7 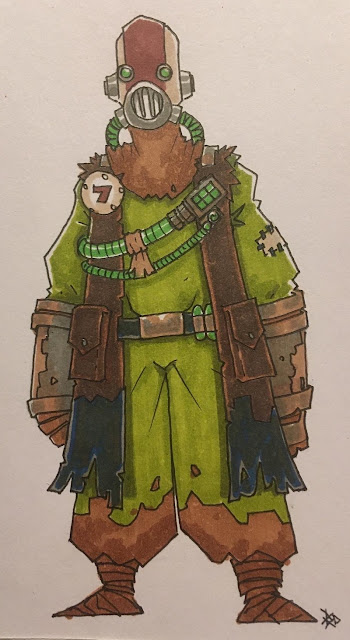 Brady appears to be a lowly nightsoil collector and his trusty assistant Stevie 7. Secretly they are highly trained members of the Governor General's security team, the duo have been operating on Farpoint in deep cover and have recently uncovered an assassination plot by the Cult of the Emerald Scyre which would have seen the entire sector thrown into chaos.
Brady, former Corporal Brady Mead of Her Imperial Majesties 87th Mechanised has an uncanny ability to disappear into the background and go unnoticed by those high and low and along with Stevie 7, a retrofitted combat droid that has been paired with Brady for more years than most of his handlers can remember. 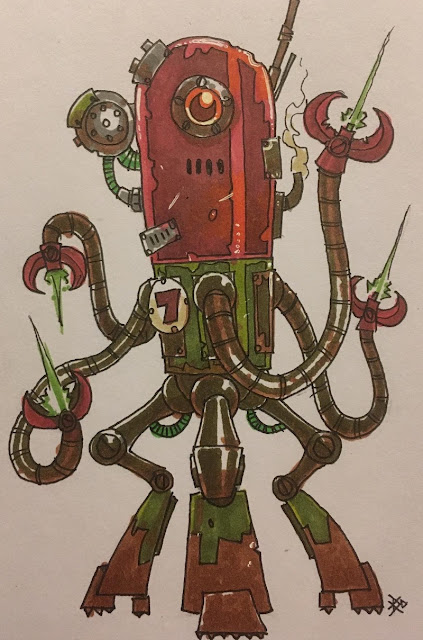 Brady's low key investigation style has begun to really begun to show successes that more high visibility
methods that the Arbites or Frontier Marshals have managed and now the mighty Inquisition has shown interest and Inquisitor Fisher has ''requested'' to be kept up to date with any of his findings.
Governor General van Dorn has thus far managed to keep his identity secret but it is only a matter of time before the Cult finds out who has foiled their plotting and go gunning for Brady. For his part, Brady is more than ready for the sharks to start circling and both himself and Stevie pack an actual arsenal of weaponry and are raring for the chance to put some of his more militant skills to use once more.
Here's the prompt: 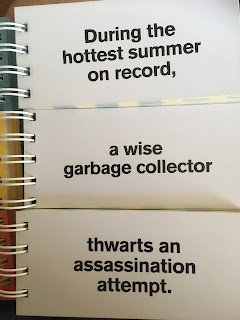 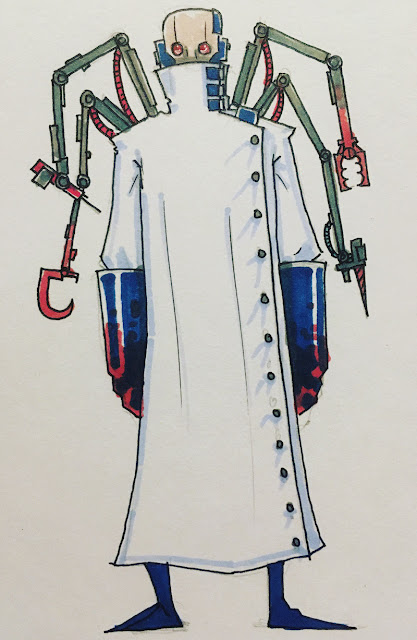 When the criminal element of Farpoint need patching up or shady cybernetic upgrades, they invariably go knocking on the door of Overstadt's backstreet surgery.
The good doctor is legendary for being willing to perform any surgery, dodgy biogenic procedure or cybernetic grafting as long as he's provided enough cash to keep his personal experiments funded. His experiments have produced some of the more dangerous and unhinged combat cyborgs and battle drugs for the noble houses of Farpoint.
Overstadt is unnaturally lean and nobody is actually sure how old he is or indeed if he's even entirely human. Unbeknownst to the doctors clientele, Overstadt is actually a rogue AI that has been running from the Mechanicus for over a century now and has discovered that its easier to hide whilst waring a meat suit and keeping a low profile far from the Mechanicus out on the frontier.
Here's the Prompt: 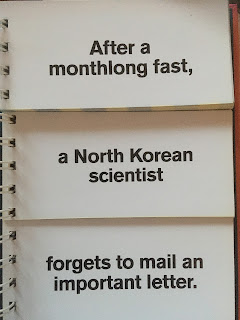 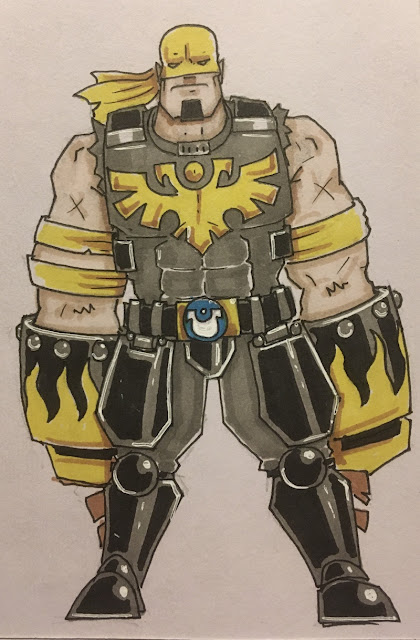 Farpoint's resident superhero is actually Brother Vespasian of the Ultramarines who went AWOL following a supposedly lethal headshot during a skirmish several years a go.
Vespasian was discovered by a group of street urchins who mistook the mortally wounded Marine as a character from their comic books and managed to keep the man alive long enough for his superhuman system to repair much of the damage caused by the head wound. Unfortunately Vespasian has no memory of his past and now actually believes he is The Firehawk, an avenger of the poor and innocent in a crime riddled cesspit of a city.
Since his recovery, many criminals have been found brutally beaten to death and crime dens have been destroyed in an assault of a monstrous man with flaming fists leaving the building a shambles and the goons guarding it very dead.
His exploits have made The Firehawk a legend in the slums of Freeport City but his vigilante actions have put him on a collision course with the Adeptus Arbites and as many in the Judges uniform were corrupt, he has also taken to bringing them to his own brutal sort of justice.
The Ultramarines have sent several covert teams to try and recover their fallen brother but he has thus far managed to avoid them or absolutely crush the few who have managed to corner him.
Here's the prompt: 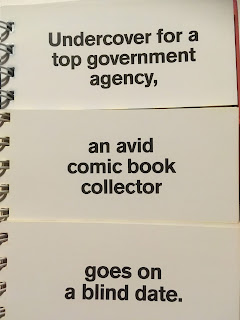 I'm off on two weeks holiday on Wednesday so I doubt I'll get chance to get much more posted before I head off but will hopefully have a bunch of characters to share once I get back so in the meantime, All the best!