Following on from my post of the other day with my discovery of the Fortnite Port-a-Fort toy at Home Bargains, I decided to get it painted asap as I want to use it in my upcoming game this weekend! 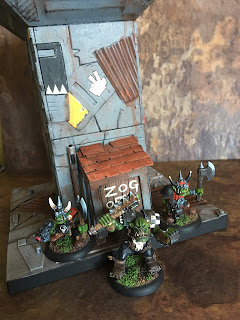 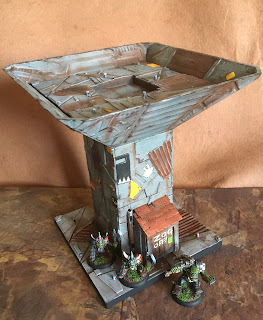 The only extras I added to it was a small shack I added to replace the oversized doorway and a piece of cardboard to cover the hole in the roof.
It's so sturdily constructed that I didn't even need to use any glue on it and with the addition of grubby washes and drybrushing, it's looking rather good and kind of reminds me of a sci-fi version of the old Battlemasters tower. 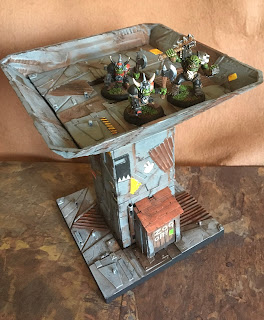 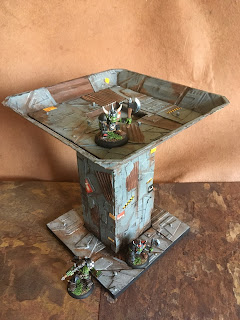 The upper level is big enough to add small buildings on or some sort of heavy gun or communication gear and I foresee it being really handy in any Orky themed game and I'm sorely tempted to pick up one or two more to use the individual components in future projects as its proved to be a really easy piece of kit to work with that is also really cheap! 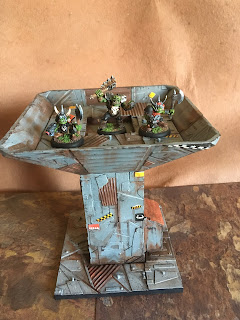 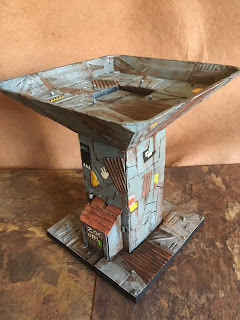 If I had a bit more time, I'd probably jazz it up a bit and add more bits and bobs, substructures and interesting gubbins to really make it an interesting centrepiece for any scenario but as I need it for this weekend's game, I kept it pretty simple.
For a toy, I'm really surprised by the level of detail as its got loads of really nice bits and bobs on it with the only soft area of detail being the upper levels wall but it is easily covered by lots of grime in a properly Orky style. 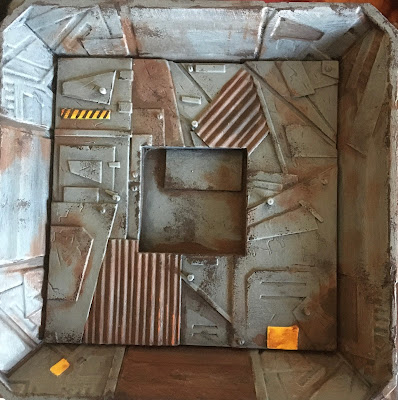 In other news, I'm trying to finish off as much as I can for the upcoming game and have more Gretchin complete but doubt I will have all five Blood Angels done as I'm just too slow at painting but I think I have enough to make for a really fun game.

Excitingly, theres also a Warzone Eternal update heading our way soon and tomorrow will also see Chronopia getting an hour long update on HeinzCon and I'll post any information I find out here as soon as I get them!

Until then, All the best!