Another quick post today to update my Self Isolation Project! I'm back at work and feeling a lot better but wanted to finish the project, especially as it's such a small and easily completed one so have been chipping away at the Karn faction of the original Havok boxed set.

I decided to try and go for a brighter look than my Nexus Rebellion forces so ended up giving them a bright yellow armour and quite like how they turned out.
Unsurprisingly these figures took a lot more effort to paint up than the Nexus ones as they suffered from having more noticeable mould lines and the soft plastic they're made from means cleaning them properly is nigh on impossible but I persevered and think that they're pretty nice figures to add to my collection.
Again they're sculpted by Bob Naismith so have loads of character and would fit in nicely with any Rogue Trader era figures and their power armour, bolt pistol and hand flamer make for some nice assault troops!
I've only got the Karn Form Warrior and Battleform left to do along with trying to fix up the scenery and the whole set will be complete which is really exciting as it will be another boxed set that I'll have completed to go along with my Deadloque set which I completed a couple of years back now. It appears that this sort of mini project is a good way to keep focussed and chip away at small collections of figures and actually get them all painted up so I'll have to keep it up!
In other news, I spotted that Modiphius is having a bit of a clearance of their Mutant Chronicles RPG so I picked up the complete pdf collection for £5.00 so will be having a bit of a read through to see if I can gather some ideas for a future Planet 28 project. 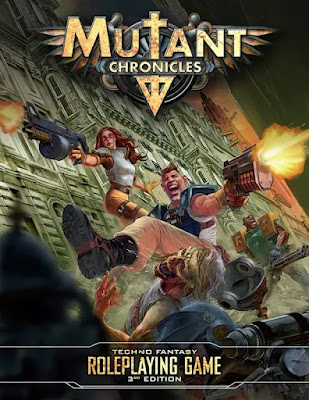 Interestingly (not to mention super temptingly!), they're also having a big sale on their Siege of the Citadel boardgame with the core and all supplements available for £120. I must admit that I'm sorely tempted to pick it up as even if I don't end up playing the game, the big stack of figures and tiles would come in super handy but its £120 which is still an awful lot of money to splurge on my hobby... 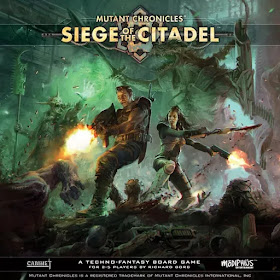 With the kickstarter for Warzone Eternal on hold, I may end up picking it up as it would give me seven different warbands and a host of villains to populate a campaign with but I'll have to have a good think about it before spending so much cash...

In the meantime, I've also got a load of other bits and bobs I've been painting my way through and will post another update in the next few days so All the best!