Well we've been enjoying a weeks holiday from work and yesterday ventured up north for a day trip with the plan of visiting a rather good community bookshop in Kingussie where we've found lots of great books in the past. Sadly when we arrived via Glenshee, it was shut but when we nipped to the community hub, a very kind lady opened the shop for us to take a peek.

Amongst all the other bits and bobs we picked up, I happened across these lovelies: 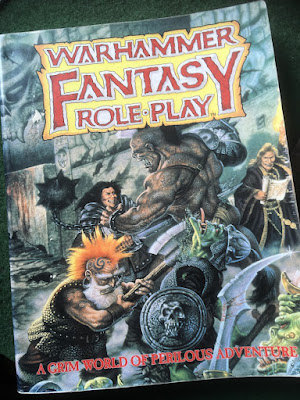 Warhammer Fantasy Roleplay! I'd initially thought it was the original 1st edition but it's actually the 2nd edition produced by Hogshead Publishing in 1995 but I picked it up anyway as I've wanted to add a copy to my collection for a while and although I'm dabbling more with Sci-fi at present, there's loads of fascinating gubbins in this venerable tome. At £20 it was a bit more than what I'd usually be tempted to spend on a second hand book but I was too tempted to resist!
Next up I spotted these two for £3 each which was more of a bargain and as they're illustrated by Angus McBride, I couldn't say no! 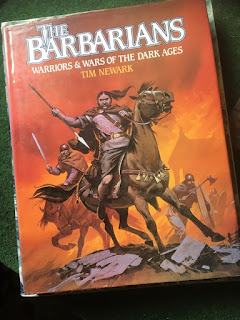 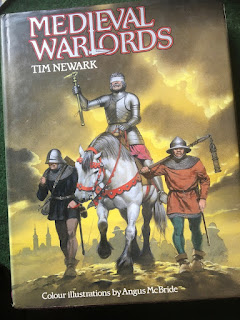 The Barbarians will come in handy for my ongoing Dark Age project and the Medieval Warlords was too nice a book to leave on the shelf and will be added to the collection (which is already threatening to overtake the flat as it is...)

We're off to wander round town today but I doubt I'll find any more exciting oldschool goodies but one can never tell as they do crop up in the most unexpected places as I've previously found a copy of Ratspike in a charity shop for £1.25!

In other news, I've been getting more figures painted and building some small scenic odds and ends and will post an update tomorrow with some pictures and I'm waiting on some stands for my papertech convicts so I can try them out in the first of the Planet 28 skirmishes I've got planned so watch this space and until then, All the best!